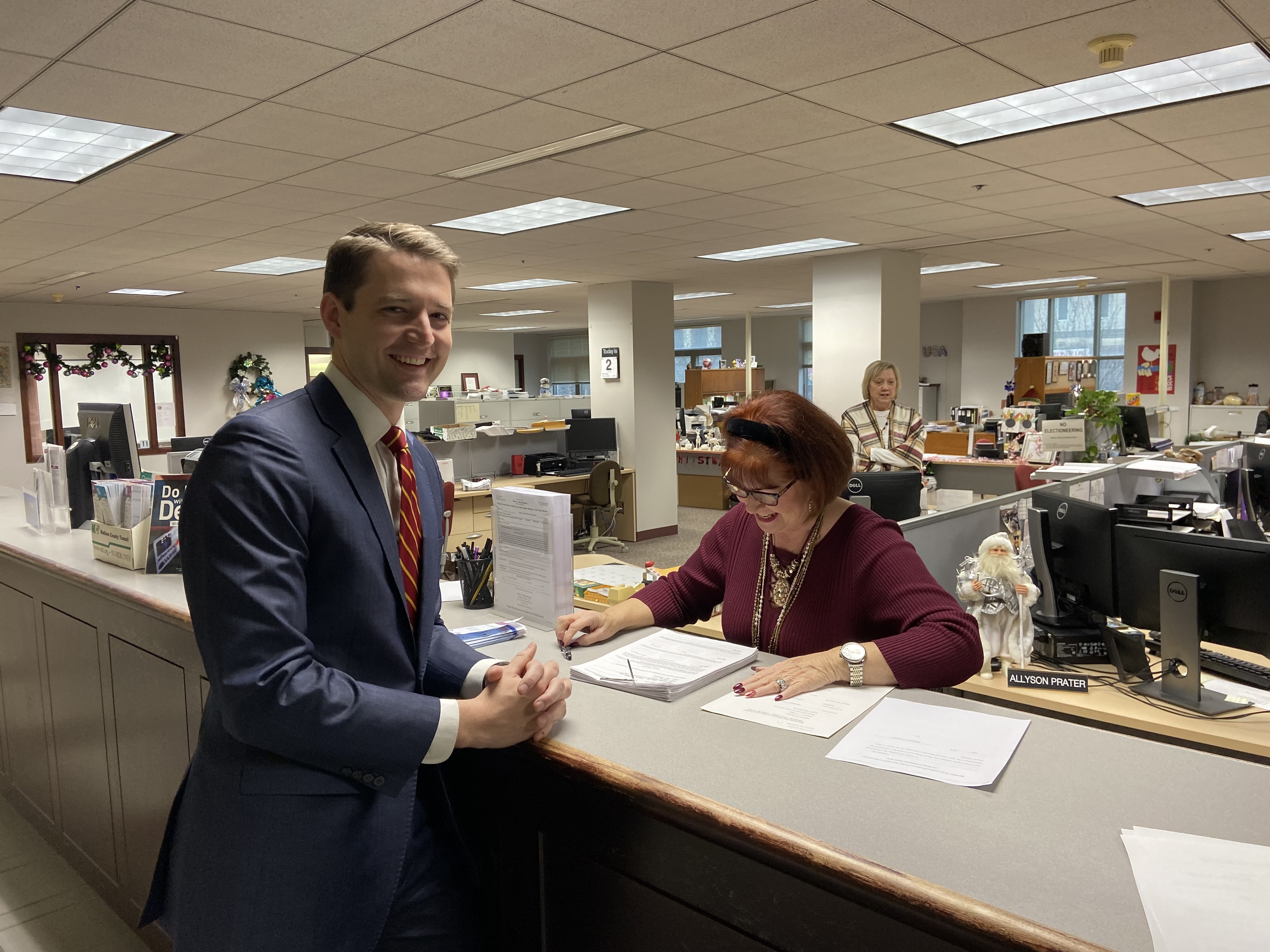 Tom Haine will appear on the Republican primary ballot for Madison County State's Attorney. He will no longer face incumbent Tom Gibbons - who is now seeking election to a judicial vacancy being created by Circuit Judge Dave Hylla.

SPRINGFIELD – Candidates who told voters they would run next year followed through on filing day, except Madison County State’s Attorney Tom Gibbons.

Although Gibbons has indicated that he’d run to replace Circuit Judge David Hylla, the vacancy is not yet been posted at the Illinois State Board of Elections.

Hylla notified the Illinois Supreme Court on Nov. 27 that he intends to retire Nov. 2, 2020 – a day before the general election. The Administrative Office of Illinois Courts acknowledged receipt of Hylla’s letter on Tuesday - the deadline for most candidates seeking to run in the March 17 primary. 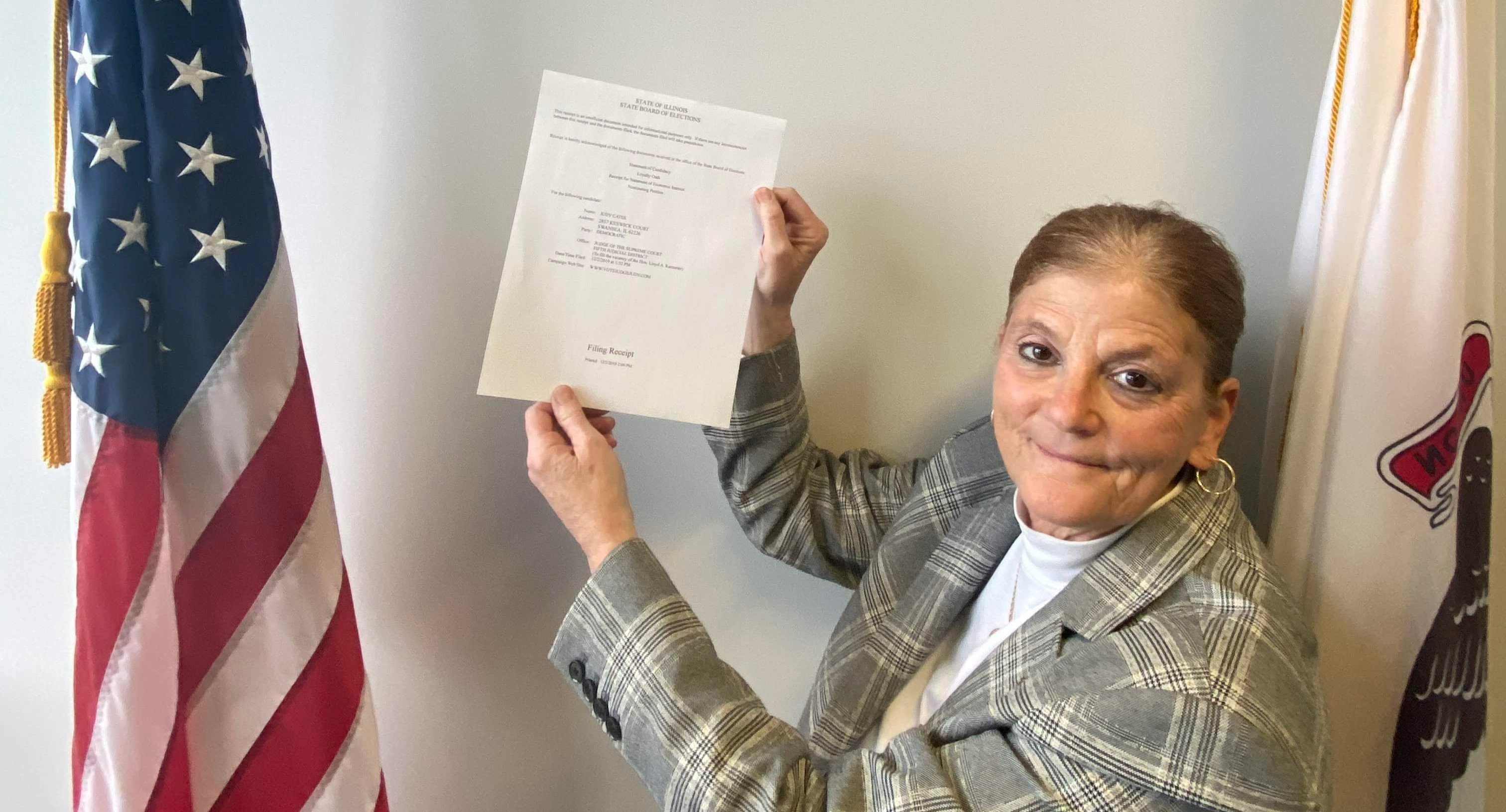 Fifth District Appellate Justice Judy Cates, a Democrat, files her nominating petitions for a vacancy at the Illinois Supreme Court

What it means for those interested in filling Hylla’s seat – who so far may include Gibbons, a Democrat, and attorney Amy Maher, a Republican - is a later, special judicial filing period between Dec. 16-23.

Before Gibbons can file candidacy paperwork, though, he must first amend his campaign committee’s articles of organization, which limit him to running for state’s attorney, according to the board of elections.

Gibbons set up the committee in 2011, with asbestos lawyer John Simmons as chairman.

As for the Madison County State’s Attorney seat that Gibbons may leave behind, three candidates have filed to succeed him.

Attorneys Susan Jensen and Crystal Uhe will clash in the Democratic primary, and the winner will oppose Republican Tom Haine.

Results of filing day promised 11 months of robust competition all around.

Three Fifth District appellate court judges will run for a Supreme Court vacancy that Justice Lloyd Karmeier of Nashville will open when he retires.

Justice John Barberis of St. Jacob and David Overstreet of Mount Vernon, both Republicans, will clash in the primary.

The winner will oppose Justice Judy Cates, a Democrat, in November.

The seat of Fifth District Appellate Justice Melissa Chapman, who retired in October, also is up for grabs.

Justice Mark Boie of Anna, who was assigned a seat on the Fifth District Appellate Court after Overstreet was elected to a permanent seat there last November, will run in the Republican primary against Katherine Ruocco of Swansea.

The winner of their contest will oppose Madison County Circuit Judge Sarah Smith, a Democrat from Edwardsville, in the November general election.

Those contenders are former U.S. Attorney Courtney Cox of Benton, Scott Quinn of Mt. Vernon and Matthew Hartrich of Robinson.

No one in Monroe County filed to replace retiring Circuit Judge Dennis Doyle except Chris Hitzemann, a Republican from Columbia.

Peggy Hubbard of Belleville topped them all by filing for U.S. Senator. If she wins the Republican primary against Mark Curran of Libertyville, she will oppose incumbent Dick Durbin in November.

Joel Funk, a Democrat from Mascoutah, filed for the seat in Congress that Mike Bost of Murphysboro occupies.

Funk will oppose Raymond Lenzi of Makanda in the primary.

For the 15th Congressional District, currently represented by Republican John Shimkus who will retire next year, six Republicans and four Democrats will seek their party nominations. For the GOP: Chuck Ellington of Camargo, Kimberly Wade of Grafton, Kent Gray of LeLand Grove, Darren Duncan of Rossville, Kerry Wolff of Altamont and Mary Miller of Oakland.

Democrats running for the Shimkus seat are John Hursey, Jr. of Collinsville, Erika Weaver of Mattoon, Kevin Gaither of Charleston and Craig Morton.

Madison County board member Ray Wesley, chairman of the county Republican Party, welcomed the depth of the competition.

“We worked very hard to identify quality candidates to run for these offices and we are very excited to see how these races are going to go,” Wesley said.

“It is a changed county and it continues to evolve.”