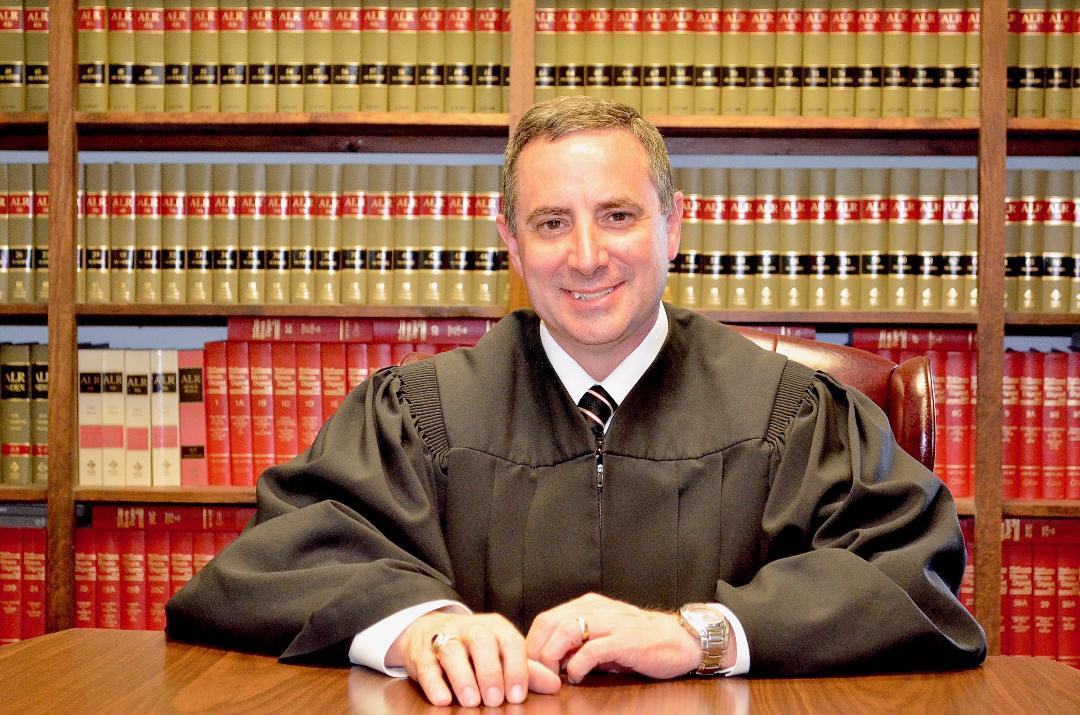 MT. VERNON - Fifth District Appellate Court Justice David Overstreet of Mt. Vernon will seek election to the Illinois Supreme Court in 2020, for the seat being vacated next year by retiring Justice Lloyd Karmeier.

Overstreet, 53, was elected last November to a 10-year term at the appellate court in a race against Kevin Hoerner, Democrat, who later got appointed associate judge in St. Clair County in January.

He is the first candidate to publicly announce for the Karmeier vacancy, and will run as a Republican in a district comprised of the state's 37 southernmost counties. The primary election is March 17 and the general election is Nov. 3, 2020.

Four of the seven seats on the state's high court will be on the ballot next year - open seats at the Fifth and Chicago-based First Judicial District, as well as the retention campaigns of Justices Robert Thomas, Republican, of the Second Judicial District and Thomas Kilbride, Democrat, of the Third Judicial District. Judges running for retention don't face rival candidates - they are retained if they get 60 percent voter approval.

On a high court with a balance of 4-3, Democrat to Republican, the seats of Thomas and Kilbride are considered safe, as is the Chicago-based First Judicial District where Justice P. Scott Neville, Jr., benefits from incumbency. He was appointed justice in the First District in June 2018 to fill the remainder of retired Justice Charles Freeman's term.

In the Fifth District, conservative interests will want to keep the Karmeier seat under Republican control and left-leaning interests may want to invest in getting a 5-2 high court. But whether it will be as heated and expensive as it was in 2004 (more than $9 million was spent) when Karmeier was first elected on the Republican ticket over Democrat Gordon Maag, remains to be seen.

In the meantime, Overstreet has lined up important support from the Republican base.

"He is an honest, trustworthy, and down-to-earth guy who will bring both knowledge of the law and hometown values to the state’s top court,” Shimkus said.

Illinois Republican Party Chairman Tim Schneider indicated that keeping "this critical seat" will be a priority in next year's election, and said he looked forward to helping Overstreet.

“I was pleased to assist Justice Overstreet with his 2018 election to the appellate court and know that he will make an excellent Supreme Court justice,” Luechtefeld said in a release.

Overstreet, who in the 2018 election cycle campaigned in 37 counties with less than $100,000 in contributions, said, "I know the Fifth District is large and has different needs from the St. Louis region to counties in central and eastern Illinois and in deep Southern Illinois. I have been there and will visit all of them again.”

Overstreet thanked Karmeier for his service on the Illinois Supreme Court for the last 15 years.

"He has had a dramatic effect on the courts statewide through his service as Chief Justice the last three years," Overstreet said. "It will be a huge honor to serve the Fifth District after him."

Before his election last year, Overstreet had been serving at the Fifth District by assignment from the Illinois Supreme Court on Karmeier's recommendation. Prior to that assignment in 2017, Overstreet served as a circuit judge in the Second Judicial Circuit in Jefferson County. He was first elected in 2008 and retained in 2014.

“While I cannot discuss political issues as a judicial candidate, I have always tried to make judgments that are fair, impartial, and faithful to the law,” Overstreet said. “I believe my experience in private practice, on the circuit court hearing cases of all kinds, and on the appellate court give me a well-rounded background in the law to be able to serve on the Supreme Court.”

Overstreet and his wife Suzanne have three children. They attend Mt. Vernon Church of Christ, where he serves as a deacon.

He received his bachelor of science degree from Lipscomb University in Nashville and his juris doctor degree from the University of Tennessee in Knoxville. He practiced law in Monticello, Ill., and Knoxville before joining what eventually became Neubauer & Overstreet, P.C. in Mt. Vernon until his appointment to the circuit court.