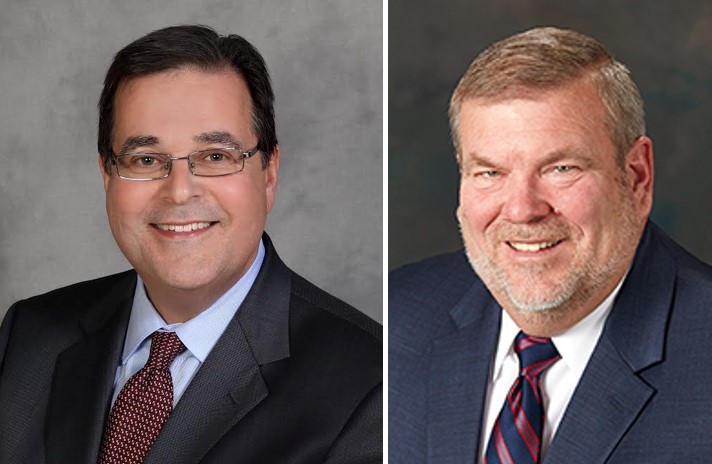 "It's no secret that the State of Illinois, and especially the metro-east region, is home to an aggressive plaintiff's attorney bar," stated John Pastuovic, president of the ICJL, in a release announcing results of the study prepared by the Perryman Group.

The so-called regional "tort tax" is defined as the per capita loss of gross product allocated among the counties of Madison, St. Clair, Bond, Calhoun, Jersey and Monroe, although the court systems driving the greatest amount of civil litigation in the region are in Madison and St. Clair counties.

In fact, the two metro-east counties host by far greater concentrations of civil litigation (class actions, personal injury and medical malpractice) than other similarly sized counties in the state, and they also are ranked as the nation's top two busiest asbestos courts.

The ICJL study also found that direct costs of excessive litigation in the state of Illinois total $4.5 billion, which Pastuovic pointed out does not include new taxes (30 cent gas tax increase) and regulations.

"The pendulum has swung wildly towards the trial lawyers, at the expense of consumers," Pastuovic stated. "This year, three or four major trial lawyer-supported legislative initiatives, that further enrich lawyers and take money from consumers, have or will become law."

Those measures include the expansion of workplace lawsuits that lift restrictions for when workers suffering from occupational disease, such as asbestos, must file suit against an employer.

Another law expanded the Illinois Consumer Fraud Act by allowing plaintiff attorneys to include damages for injury, death and property damage when pursuing claims involving the manufacture, distribution or sale of products or services.

And, yet another pro-trial lawyer bill that passed in the last session limits the use of questions in civil litigation trials that test whether jurors understand their instructions.

State Rep. Charlie Meier (R-Okawville), who in the last session sponsored a venue and joint and several liability reform measure (HB164), called decades of inaction by a Democratically dominated state legislature harmful to the state economy and job creation environment.

Meier's venue and liability reform bill, which was relegated to the Rules Committee, would first limit where plaintiffs can file lawsuits and also increase the requirement plaintiffs must establish to recover a judgment. Under current law, a business or individual can be found as little as 25 percent liable for an injury in court, but is forced to pay the entire judgment. The refom measure would raise the threshold of liability from 25 to 50 percent.

Illinois has the easiest threshold among its surrounding and nearby states: Indiana, Kentucky Michigan and Tennessee are at 100 percent. Iowa, Ohio and Minnesota are at 50 percent. Missouri is 51 percent.

Pastuovic said that the difference between Missouri's standard and Illinois is a major hurdle in providing a stable legal climate for new business and job growth.

Meier also sponsored a bill (HB2047) that reforms the Illinois election code to prohibit sitting judges from retiring from their seats to run for election for the same seat, skipping the traditional retention system prescribed by the state Constitution - a tactic exploited in St. Clair County in two different election cycles: First in 2006 by then circuit judge Lloyd Cueto, and again in 2016 by judges John Baricevic, Robert LeChien and Robert Haida.

Among the four Democrat judges who ended up with Republican opponents, Baricevic was the only one who lost his seat.

Other findings in the Perryman study included:

-If tort costs were returned to the regional economy, the amount would equal the salaries of approximately 3,530 jobs;

-If tort costs were returned to the state economy, the amount would equal the salaries of approximately 81,685 jobs; and

-Personal income in the region is negatively impacted by $199.7 million;

Want to get notified whenever we write about Illinois Civil Justice League (ICJL) ?

Sign-up Next time we write about Illinois Civil Justice League (ICJL), we'll email you a link to the story. You may edit your settings or unsubscribe at any time.