The Madison County Sheriff's Office violated the Freedom of Information Act by denying access to video footage of a county board member filing election petitions at the County Clerk's office in December, according to a ruling issued by Illinois Attorney General Lisa Madigan's office on March 6.

Harold Lee Wathan, Jr., a Republican constituent in the county board district represented by Democrat Liz Dalton of Collinsville, requested the video to support his claim that Dalton's candidacy paperwork was invalid because it was not properly bound when it was turned in on Dec. 1. Wathan argued that she turned in her petitions as separate sheets of paper when they were supposed to have been bound; he wanted the video to prove it. 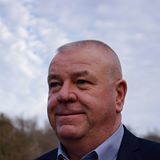 One of its argument for not disclosing the video was that it could "interfere with pending or actually and reasonably contemplated law enforcement proceedings conducted by any law enforcement or correctional agency that is the recipient of the request."

In the AG's determination letter, Joshua Jones of the Public Access Bureau wrote that a public body must provide a detailed justification for its claim of exemption, not just bare assertions. Jones wrote that the Sheriff's Office failed to establish that release of the video would "create a substantial likelihood that a person will be deprived of a fair trial or an impartial hearing."

"In its non-confidential response, the Sheriff's Office merely quoted the language of these exemptions," Jones wrote. "In its confidential response, the Sheriffs Office provided two additional sentences. This office is not at liberty to discuss the contents of those sentences other than to note that the Sheriff's Office did not demonstrate that the footage is part of a pending or actually and reasonably contemplated law enforcement proceeding that it is conducting or an ongoing criminal investigation that it is conducting."

Wathan's objection to Dalton's candidacy had been heard by a Madison County Electoral board and then by Circuit Court Judge Dave Dugan. Both ruled in the candidate's favor, with Dugan's ruling coming Jan. 18.

According to Dugan's order, Dalton had turned in 24 petition signatures on two pages. She testified before the electoral board Dec. 15 that when she filed the paperwork at the County Clerk's office, pages were stapled in the upper left hand corner, and that other required documents were attached to the petitions.

In denying Wathan's request for the video, the Sheriff's Office also said releasing it would invade the privacy of persons conducting "highly personal" business at the Clerk's office, such as paying delinquent tax bills or citizens voting in elections.

The Sheriff's Office's explanation for resisting release of the video in part said that Wathan "asserted to having knowledge of the content of the video" before the Electoral Board and Dugan and "thus must have other means of obtaining the information which he believes is depicted in the video footage."

Wathan argued that persons who would appear on the video were in a public space in the county Administrative building "where there is no expectation of privacy."

Jones wrote that the AG's review of the video showed that faces of the public are identifiable but that papers carried by some of them cannot be read because of the distance of the camera and somewhat grainy nature of the footage.

"The members of the public were in a public building and the Sheriff's Office did not demonstrate that anything highly personal about their activities is depicted in the footage," Jones wrote. "Conversely, the public interest in disclosure of the footage is at least moderate, as the media has reported on Mr. Wathan' s petition challenge and he is seeking to verify whether petitions were filed in accordance with the law."

The AG's office also rejected the Sheriff's arguments that release of the video would jeopardize the security of the Madison County Jail because all county buildings utilize the same video surveillance system, and that release would put employees and others in serious danger.

"In accordance with the conclusions expressed in this letter, this office requests that the Sheriff's Office provide Mr. Wathan with a copy of the responsive video footage," Jones wrote.

The ruling comes at a time when tensions are high between the State's Attorney's office and county administration officials, whose offices were raided by a public corruption task force on Jan. 10.

Not much information has come from Gibbons' office since that time, but in an initial press release Gibbons said his office had received evidence of possible illegal conduct by unnamed county officials in the later months of 2017.

The public information officer handling media requests on the raid, Lt. David Vucich of the Madison County Sheriff's Department, has not returned repeated calls seeking comment on the status of the investigation.

A task force that conducted the raid of the offices of Madison County Administrator Doug Hulme, IT director Rob Dorman and former FOIA officer Cynthia Ellis is comprised of members of state and local law enforcement agencies.

Another FOIA-related controversy in the county involves a former employee of Gibbons who was provided information that Gibbons' office later wanted to be returned.

Former employee Andrew Kane was given records from the county regarding a 2012 political fundraiser that was discussed by employees in Gibbons' office in response to his FOIA request.

Kane made the same request for the same records to Gibbons' office, but had been told the office did not possess such records.

In its request that the records be returned, Gibbons' office said the county had provided them in error. Kane then sought a ruling from AG Madigan, who found in favor of Kane's right to possess them.