Bankrupted: Settling unwarranted asbestos cases was cheaper than trying to verdict, but company says it can no longer stay afloat 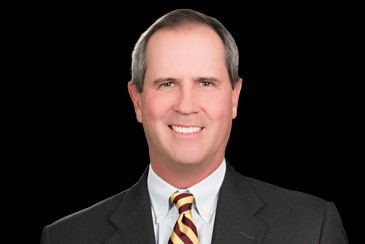 DBMP, an entity set up to resolve about 60,000 claims, stated that CertainTeed spent $2 billion in 18 years and could not continue at that rate.

DBMP claimed it could produce more efficient and uniform recoveries for plaintiffs in bankruptcy court than in the tort litigation system.

The tort system, according to DBMP, provided no choice but to spend millions for evidence or settle claims without evidence.

Some firms approved the restructuring, according to DBMP’s petition, but other firms challenged it in state courts as fraudulent conveyance.

According to the petition, the Gori firm represents 4,700 of the more than 60,000 claimants.

He forecast a lousy year and demanded that everyone work harder.

ON Marine Services filed its petition after raising about $28 million for a trust fund by settling disputes with two insurers that covered it prior to 1984.

Two days after Gori sent his message, he was killed at his home in rural Edwardsville.

On Jan. 23, DBMP filed a Chapter 11 bankruptcy petition in the Western District of North Carolina.

DBMP counsel Garland Cassada of Charlotte asked for an injunction to stop suits against any entity but DBMP, and he asked for a stay of all suits.

Cassada wrote that the purpose of the restructuring was to resolve claims globally without subjecting the entire enterprise to Chapter 11.

“Old CT” ceased to exist, he wrote, and DBMP and “New CT” were formed.

He further wrote that a funding agreement between DBMP and New CT ensured that DBMP had the same ability to pay asbestos claims as Old CT did; that DBMP agreed to indemnify New CT for any losses it might suffer relating to DBMP asbestos claims; that DBMP received bank accounts with about $25 million in cash and 100 percent equity in Millwork & Panel, a business worth about $150 million.

It ceased producing and selling most asbestos containing products by the early 1980s, and ceased all production and sales in 1993.

“The debtor expects that, absent its bankruptcy filing, thousands of additional claims would have been filed against it for decades to come,” Cassada wrote.

He wrote that CertainTeed incurred costs of about $2 billion since 2002, in resolving more than 300,000 personal injury suits.

“Having long ago exhausted insurance coverage for asbestos claims, Old CT and the debtor have borne the brunt of these costs,” he wrote.

He wrote that in the wake of the restructuring, plaintiffs named New CT and other affiliates in new claims or added it as defendant in previously filed claims.

“On a daily basis, answers are coming due, depositions and court appearances are scheduled and other activities are taking place in cases asserting DBMP asbestos claims that, in the absence of the requested injunctive relief, the debtor will have to manage and defend,” he wrote.

He wrote that fair and equitable resolution isn’t possible if piecemeal litigation in the tort system circumvents the bankruptcy process.

In 2005, the Rand Institute for Civil Justice estimated that for every dollar in asbestos litigation, claimants received 42 cents, 31 cents went to defense, and 27 cents went to plaintiff attorneys.

Cassada wrote that the volume of claims forced CertainTeed to settle claims to avoid costs, “often without regard to any actual liability.”

He wrote that in recent years, plaintiffs sued CertainTeed in a majority of mesothelioma suits.

“Only a small fraction of those plaintiffs possibly could have been exposed to any asbestos fibers released from old CT’s products,” he wrote.

He wrote that more than half of mesothelioma claims filed against CertainTeed after 2001 were dismissed.

“This dismissal rate demonstrates the lack of any good faith basis for much of the litigation filed against the company,” he wrote.

CertainTeed settled remaining claims, “not because they posed a material liability risk but because it was far cheaper than trying cases to verdict,” he wrote.

He wrote that payments from the trust would come more quickly than in the tort system, with lower fees and expenses.

Bankruptcy Judge Craig Whitley granted a preliminary injunction on Jan. 27, and has set a hearing on a temporary restraining order on Feb. 13.

The company began manufacturing and selling “AC Pipe” in 1962, and last manufactured it in 1992. Its AC Pipe contained 10 to 20 percent asbestos by weight.

In 1985, the Occupational Safety and Health Administration estimated the number of AC Pipe installers in a range from 1,295 to 17,650.

Cassada wrote that there was little health concern about AC Pipe because fibers were “locked in.”

Fibers were released when pipe was cut or machined, but those operations took only minutes and were performed outdoors. Contractors tried to avoid cutting pipe because it delayed a job and because a poor cut could void the manufacturer’s warranty.

Pipe could be cut with an electric saw, but that tool was rarely used because it was unusual to have a source of electricity.

Cassada wrote that contractors began using gas powered abrasive saws in the 1970s, and CertainTeed asked salesmen to warn customers against that.

He wrote that 60 percent were dismissed and 20 percent were settled for $50,000, “far less than the cost of discovery in an ordinary case.”

He wrote that CertainTeed paid more than $250,000 to settle mesothelioma claims about 50 times a year.

Since 2004, it won 18 mesothelioma verdicts and lost three. In some cases, CertainTeed rebutted faulty recollections of plaintiffs by showing it couldn’t have sold the pipe at issue.

Cassada wrote that in Florida, a claimant testified he helped remove 1,000 feet of AC irrigation pipe from an orange grove. CertainTeed obtained property records showing the pipe was installed before it started making and selling AC Pipe.

Cassada wrote that many plaintiffs failed to disclose exposure to products of bankrupt entities, and later submitted claims to trusts of those entities.

He wrote that in a California trial, a plaintiff’s declaration in a disability claim told a different story than a story he told to jurors. When the court ordered plaintiff’s counsel to explain the declaration, the plaintiff accepted a settlement offer that was on the table prior to the trial.

“The total cost to defend the case, however, was almost $1.7 million,” he wrote.

In Baltimore, a plaintiff submitted 23 bankruptcy claims asserting exposure to products that had not been identified at trial.

Cassada wrote that CertainTeed moved to dismiss the case and impose sanctions, and the case settled on the morning of a hearing on the motions.

By then, CertainTeed had spent in excess of $1.4 million.

“Old CT could not be assured that even if it spent significant sums to fully investigate every claim, it would learn all facts relevant to its defense,” he wrote.