Gori had encouraged firm to make up for 'abysmal' December in Jan. 2 email 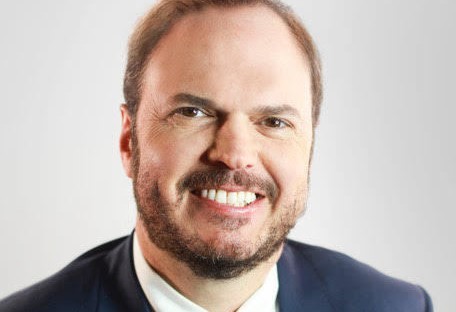 BELLEVILLE – Randy Gori began the year by urging members of his firm, which has been the nation's top filer of asbestos litigation, to produce more.

In the subject line of an email he sent to employees during the morning of Jan. 2, Gori wrote "Ferro - confirmed filed for bankruptcy."

He wrote: "1st one down in 2020. I have a bad feeling about this year. We have to make this money up. Don't be f***ing around. Work!! If I see you guys sitting in each other's offices bull sh***ing, I'm firing you on the spot. The productivity in December was abysmal and if we have to cut costs, people not making money are going to be gone in a second!!"

Ferro has not filed for bankruptcy as of Jan 21. A spokesperson for the company - known as a manufacturer of pigments - on Jan. 7 said that it does not comment on "market rumors."

Since Gori’s murder on Jan. 4, the firm's filing of asbestos suits in St. Clair and Madison county courts have fallen 75 percent.

In five weeks before his murder, he filed 76 suits in St. Clair County and 15 in Madison County.

In two weeks after his murder, his firm filed seven suits in St. Clair County and two in Madison County, lowering the firm's average weekly production in those counties from 18.2 suits to 4.5 suits.

Gori operated out of an office near the Madison County courthouse, which continues to be the nation's top asbestos court, but in the last three years, Gori shifted a hefty amount of litigation to St. Clair County.

He filed 67 in St. Clair County in December alone.

On Jan. 2 and 3, a Thursday and a Friday, Gori filed nine suits in St. Clair County and one in Madison County.

On Saturday, Jan. 4, Gori was killed at his rural Edwardsville home.

On Thursday, Jan. 9, she filed one in St. Clair County and one in Madison County.

She filed one in St. Clair County on Friday, Jan. 10, bringing her total for the week to seven suits.

Her filings in the following week dropped to two, one in each county.

Gori, who rarely placed anyone’s name on complaints but his own, had identified Ferrell as an associate in one of his last suits.

Dockets of the two counties show a stark difference in asbestos litigation.

In Gori’s last five weeks, no other lawyer filed an asbestos suit in St. Clair County.

Other lawyers filed 45 asbestos suits in Madison County, three times as many as Gori, in the same period.