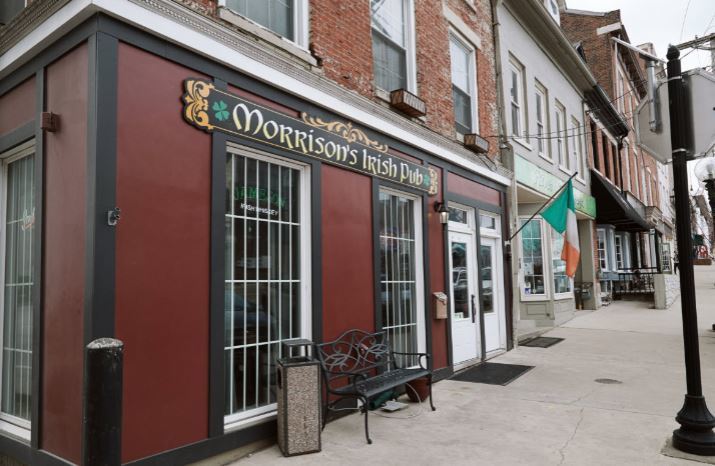 Retired Madison County judge Ralph J. Mendelsohn and the attorney who represented him in a settled suit alleging he fell on uneven steps at Morrison’s Irish Pub have been ordered to mediate a petition to enforce the attorney fee contract.

Smith had previously ordered The Caffey Law Firm to file under seal its petition to enforce attorney fee contract or petition to enhance attorney’s fees after the case had been settled.

Roy C. Dripps and Michael T. Blotevogel of Armbruster Dripps Winterscheidt & Blotevogel LLC entered their appearance as counsel for attorney Rodney D. Caffey of The Caffey Law Firm with regard to the petition.

Mendelsohn filed a lawsuit on May 15 against Thayer Morrison, Morrison’s Irish pub and Lisa Morrison.

He claims he was a patron at Morrison’s Irish Pub in Alton on May 17, 2016, when he fell due to uneven steps.

Mendelsohn alleges the defendants failed to realize the danger posed by the uneven steps, failed to make it safe and failed to warn patrons of the existence of the dangerous condition.

He claims he sustained extensive injuries to his right shoulder, arm and hand, requiring him to expend large sums of money in medical expenses.

In its answer to the complaint, Morrison’s Irish Pub denied liability and argued that Mendelsohn’s own negligence was the sole proximate cause of any alleged injuries.

On Aug. 15, Mendelsohn filed a motion to amend his complaint to include a request for punitive damages, arguing that the defendant “failed to employ reasonable safety measures” to prevent his injury.

“Reckless disregard can be established through allegations that the defendant failed to discover an impending danger through recklessness or carelessness when it could have been discovered by ordinary care,” the motion stated.

“The question of whether the defendants’ conduct was sufficiently willful or wanton to justify the imposition of punitive damages is for the jury to decide,” it continued.

Caffey filed a stipulation for dismissal on Nov. 8, stating that the parties have “finally and fully settled and disposed of” all claims. He requested to have the case dismissed with prejudice.

Following his retirement, Mendelsohn started his own mediation practice and later joined the Caffey Law Group in Godfrey, a plaintiff’s firm, which represents him in his trip and fall lawsuit.