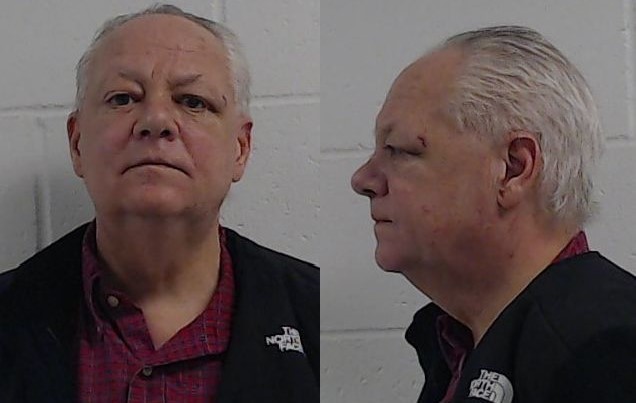 Madison County Board member Chrissy Dutton said a clerical error made in Circuit Clerk Mark von Nida’s office that allowed former US Attorney Stephen Wigginton to keep his license last year is to blame after he was charged with another DUI last month.

“Now here we are less than a year later and we can see how Von Nida’s blunder put innocent people at risk,” she wrote in a statement. “A 3rd DUI charge in less than 3 years?! Let’s hope the Circuit Clerk stays on top of scheduling Wigginton’s hearing before a family has to suffer a tragic loss at the hands of this repeat offender.”

Von Nida responded saying the clerical error last year was an isolated incident and is not to blame for Wigginton’s decision to repeatedly drive drunk.

“Drunks do what drunks do,” he said.

He added that he will not feel guilty for a crime that someone else chooses to commit and that Wigginton’s most recent DUI has “nothing to do with what happened last year. That’s his choice.”

“I can’t be responsible for drunks,” he said.

The error occurred after an employee failed to schedule a hearing on Wigginton’s request to rescind a statutory summary suspension following his New Year’s Eve DUI last year, allowing Wigginton to keep his license while his previous DUI played out in court.

“Having your license doesn’t give you the right to drive drunk,” von Nida said.

Following his arrest, Wigginton voluntarily removed his name from the roll of attorneys in the state if Illinois on Jan. 8.

Peter Rotskoff, deputy administrator of the Attorney Registration and Disciplinary Commission (ARDC), said no disciplinary action has been taken. Wigginton could return to active status at any time.

After Wigginton was charged with a DUI last year, Dutton, a Republican from Bethalto, spoke at a press conference about how her family was affected when her brother was killed by a drunk driver. She previously said there was no political motive for the press conference, which was intended to bring awareness to the seriousness of the problem.

After learning that Wigginton was charged for a third time, Dutton responded by again stressing the seriousness of the situation and addressing political accusations. Her statement reads:

Nine months ago, Circuit Clerk Mark Von Nida accused me of “making political hay” out of a tragedy. He attacked my character in public meetings when I was clearly overcome with emotion, recounting the loss of my brother who was killed by a drunk driver. I felt compelled to bring awareness to the Stephen Wigginton case as I knew he was a danger to innocent people, and yet he retained his license on a technicality. Anyone who has suffered a loss like my family has will tell you that sharing your story is the farthest thing from being political. The only thing political is when powerful and connected people in Madison County catch a lucky break. A high profile and sensitive case such as Wigginton’s should have been properly monitored by the person elected to oversee that office. It’s a complete failure by Von Nida that this case was mismanaged on his watch. Now here we are less than a year later and we can see how Von Nida’s blunder put innocent people at risk. A 3rd DUI charge in less than 3 years?! Let’s hope the Circuit Clerk stays on top of scheduling Wigginton’s hearing before a family has to suffer a tragic loss at the hands of this repeat offender!

Is it political to Mark Von Nida and his office because only Republicans are publicly outraged? Yes, it was only Republicans who voiced their outrage over this and how sad is that? Shame on any democrat who doesn’t want to hold Von Nida accountable for his mistake. He should&#39;ve overseen this case specifically to ensure it was handled properly. That’s what he was elected to do. It’s called accountability and it’s what both parties should want in these matters. Von Nida is solely responsible for taking preventable measures, especially when such a high-profile case is coming through. If I were the Circuit Clerk, I would have seen to it that every box was checked, every “i” dotted and “t” crossed. It should have never been about Republicans vs. Democrats.

When I brought this topic up in March and called for an investigation and press conference, Mr. Von Nida made it clear he is an independent elected constitutional office and doesn’t report to me. But he does report to the people of this county and many are asking “Where was he when this hearing was supposed to be scheduled properly? How could something like this happen under his management?” Due to his negligence, Wigginton continued to drive, and clearly continues to drink while driving.

It took a lot of thought and prayer for me to decide to share my personal story to bring awareness to the public about a local repeat DUI offender. I thought people would listen since I am a county official and my family experienced a horrific tragedy under similar circumstances. I was attacked by Mark Von Nida who accused me of politicizing such a tragedy. I sat through a meeting in tears as he and others who supported him made me out to be the bad guy when all I was trying to do was shed light on an error that could have grave consequences. I was intimidated with dirty looks and cold shoulders. They said things like, “Doesn’t she understand we’re just human? Humans make mistakes.” Of course I understand that. And aren’t any of us allowed to shed light and ask for accountability from elected officials so we may prepare for the next time? Nine short months later we see how very critical that mistake was. Fortunately, no one was seriously injured or killed but Wigginton was caught driving drunk again and nearly 3 times the legal limit. We don’t even know all the times he’s put the public at risk since getting his license back on a technicality. December 26th was just a day he actually got caught. I realize Wigginton’s case will play out in the criminal court and hopefully there will be some justice and we can get Wigginton off the road. The civil side of things was the first step in preventing this person from endangering innocent people. We should be more diligent for ALL cases, but especially repeat drunk driving offenders, and ESPECIALLY someone very well-known in Madison County like Wigginton. From the moment Von Nida heard of Wigginton’s arrest he should have been on top of this case.