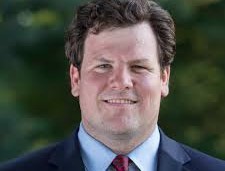 Attorney Andrea McNairy of Brown and Crouppen in St. Louis filed the complaint against Baricevic and the Chatham and Baricevic firm on Nov. 15.

According to the suit, on Dec. 9, 2017, Peter was a passenger in a Chevrolet Silverado that stopped on Illinois Route 15 at Busch Boulevard.

The suit says that Baricevic operated a 2017 Lincoln Continental in such a way that it failed to slow down and ended up striking the rear of the Silverado.

The Silverado then struck a vehicle in front of it with Herberts inside.

Baricevic allegedly breached his duty to Peter and Herberts by operating the vehicle too fast for conditions and by failing to reduce speed, keep a proper lookout, and maneuver the vehicle to avoid the collision.

McNairy wrote that he operated the vehicle while distracted.

She wrote that Chatham and Baricevic negligently and carelessly entrusted the subject vehicle to Baricevic.

She identified Peter and Herberts as Illinois residents.