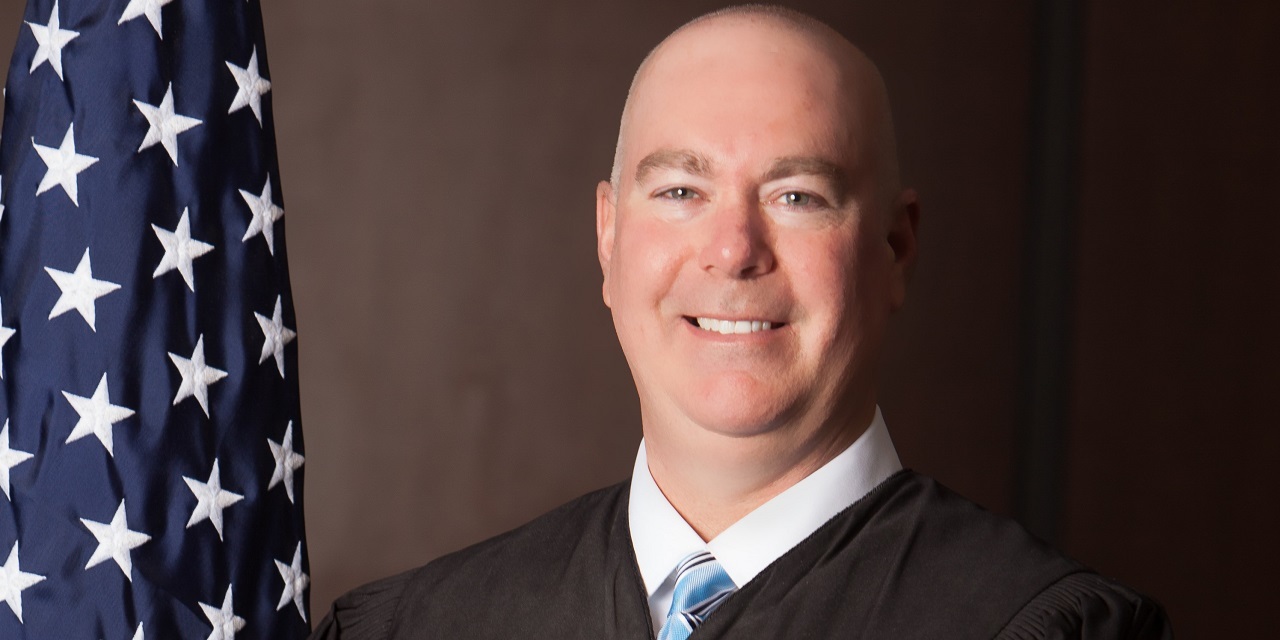 MOUNT VERNON – Fifth District Appellate Court Justice Mark M. Boie of Union County, appointed to his seat last spring, said during a recent interview that he plans to run for his first full term in part to continue his hard work on the appellate bench.

Boie said his goals are "obviously to work hard, gain more knowledge and experience, and continue to be fair and impartial in my considerations and opinions," Boie said in an email.  "It has been a pleasure to sit with my colleagues during, and after, oral arguments, and hear their thoughts, opinions and perspectives. We all come from different backgrounds, and they are a wealth of information. I will use all this to become a better justice of the appellate court."

Boie said he knew coming onto the appellate court bench that hearing and deciding cases on that bench would be "completely different" than his prior years of experience at the trial court level.

"I knew it would be a new challenge due to the amount of reading and research that goes into the cases that I sit on the panel," Boie said. "Rather than presiding over the daily civil and criminal dockets, I now spend my days – and a lot of evenings – reading briefs, preparing for oral arguments and reviewing the cases my staff is working on."

That's a change from the hearings and trials he saw as a trial court judge who very often must "make quick decisions" and must have a working knowledge of the rules of evidence and procedure as well as the law on the issues involved particular cases, Boie said.

"With appeals, we have more time to research the issues (and) review the parties’ respective briefs along with the entire record to make our decisions," he said. "However, I would say that the amount of our daily motion practice is something I did not expect."

In May, the Illinois Supreme Court, on the recommendation of Justice Lloyd Karmeier, appointed Boie to the Fifth District Appellate Court. Boie's appointment filled the vacancy created by the election of Justice David K. Overstreet to the court in November for the seat formerly held by Justice Richard Goldenhersh, who had retired.

Boie's assignment to the appellate court made him the fifth Republican justice on the court, which strengthened the conservative bent; currntly there are two Democrats.

"Judge Boie is an experienced jurist who has served the judicial branch with distinction for nearly 20 years," Karmeier said in a media release issued to announce Boie's appointment. "The high regard in which he is held by both the community at large and the bar are reflected in his continued retention in office and the exemplary judicial advisory poll ratings he received prior to his most recent election."

Boie earned his bachelor of arts degree from the University of Mississippi in 1989 and his juris doctor from the John Marshall Law School in 1996.

He was first elected to the bench in 2000 as resident circuit judge in Union County and was retained by voters in 2006, 2012 and 2018. He previously practiced law at the Law Offices of Wesley L. Boie and Mark M. Boie and served as conflict public defender in Union, Johnson and Pulaski counties.

"I had the pleasure of serving more than 18 years as a trial court judge in a small, rural county," Boie said. "I had the opportunity to hear almost every type of criminal, civil, family and mental health case there is."

Boie said he then spent time as the presiding judge handling all the administrative aspects of the position.

"Because of all that, I believe I possess the required experience, knowledge, common sense and impartiality that is needed to serve on the Appellate Court," Boie said. "I am running for the elected position to make a long-term commitment to maintain these qualities on the appellate court for the citizens of Southern Illinois."

Boie has served on the Special Supreme Court Advisory Committee for Justice and Mental Health Planning Committee since 2010 and has been a co-chairperson on the sub-committee for compliance with the Mental Health and Developmental Disabilities Code since 2015. Boie also is a member of the committee’s subcommittee for education and was part of the team that drafted the new Supreme Court rule on use of restraints in involuntary commitment proceedings.