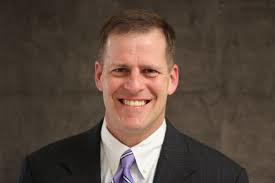 WATERLOO - Outgoing state Sen. Paul Schimpf is not responding to questions over the possibility he could be named a federal judge in the Southern District of Illinois.

Schimpf (R-Waterloo), who has represented an area covering southern St. Clair County and parts of Union County for one term, announced last week he will not run in Novermber 2020.

"Although I am honored to represent the people of the 58th District in Springfield and enjoy serving as their state senator, I am unable to commit to serving an additional term that would start in 2021,” Schimpf stated in an e-mail to different news outlets. “Therefore, I will not be a candidate for re-election in the upcoming campaign cycle. I will continue to serve as state senator and I am focused on making the remainder of my term as effective as possible for the people of southern Illinois.”

The state senator did not respond to requests for comment from the Record on his announcement or speculation that he may be named a federal judge for the Southern District of Illinois.

In his e-mail statement, Schimpf wrote, "I am focused on making the remainder of my term as effective as possible for the people of southern Illinois."

His spokesman, Mike Brooks, told The Southern newspaper that the senator would not be doing interviews following his announcement.

There are currently two vacancies in the Southern District following the resignations of David Herndon and Michael Reagan, who left their posts in March and January, respectively. Both judges were appointed by President Bill Clinton.

State Rep. Terri Bryant has announced she will run for the vacant state Senate seat.

In a statement announcing her campaign, Bryant said, "I have voted no on Mike Madigan for speaker of the house every time I've had the chance. I've voted no on the progressive income tax hike proposal, no on unrestricted taxpayer funding for abortion at any stage of pregnancy, no on overreaching gun control legislation, and no on legalizing recreational cannabis."