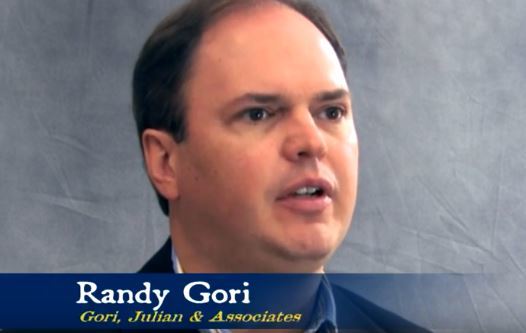 Gori’s most recent pretrial conference had been set for July 15 but was continued to Sept. 9.

His pretrial conference was originally set for April 1 before it had been continued to July 15.

Schroeder was assigned to the case after former Associate Judge Jennifer Hightower recused herself as judge. Hightower has since not been re-appointed as judge. She previously worked at asbestos plaintiff’s firm Simmons Hanly Conroy in Alton.

According to an Edwardsville Police Department incident report, Gori was arrested on Marine Road at 11:52 p.m. on Nov. 21, 2018 – the night before Thanksgiving – for improper lane usage while driving a 2016 black Ford passenger car.

Edwardsville police officer Brennan Vahle wrote in the report that while speaking with Gori, he “observed his eyes to be glossy and his speech was slurred. I detected a strong odor of an alcoholic beverage emitting from Gori’s breath” during a field sobriety test.

Gori submitted to a blood alcohol test which registered at .101, exceeding the lawful limit of .08.

On Dec. 10, Gori pleaded not guilty and demanded a speedy jury trial.

On Dec. 12, Madison County State’s Attorney Tom Gibbons moved for the appointment of a special prosecutor, because the “defendant is relation (sic) to an assistant state’s attorney.”

“The prosecution of the defendant by the State’s Attorney’s Office could be a conflict of interest for the office, or alternatively, could create the appearance of an impropriety,” the motion states. “It is in the interest of justice that a Special Prosecutor be appointed to avoid any such appearance.”

Gori was slated to have his driver’s license reinstated on July 7, but instead had it returned in January after Schroeder found that Gori had been given an improper warning.

Gori filed a petition for a judicial hearing to rescind statutory summary suspension on Dec. 10 through attorney Curtis M. Dawson of Lucco, Brown, Threkeld and Dawson LLP in Edwardsville.

Gori sought a judicial hearing to determine whether he was placed under arrest for driving under the influence of alcohol or under a similar provision of a local ordinance, as evidenced by the issuance of a Uniform Traffic Ticket. He also sought to determine whether the officer had reasonable grounds to believe that Gori was in control of a vehicle upon a highway while under the influence and whether he refused to submit to tests after being told that his license would be revoked or suspended.

Gori’s law firm – Gori Julian and Associates – is the most prolific filer of asbestos litigation in the nation.