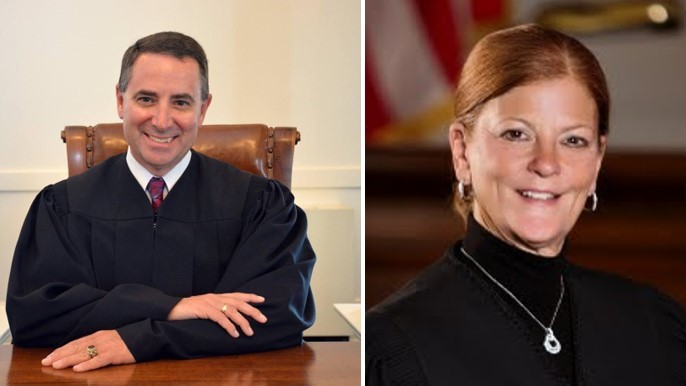 They ruled that a St. Clair County judge must determine whether Parker can make a substantial showing that Cook’s heroin addiction deprived him of a fair trial.

If Parker can make such a showing, he can proceed to an evidentiary hearing.

The decision will rest with Circuit Judge John O’Gara, who took the case by assignment of Chief Judge Andrew Gleeson on July 2.

He filed a request in circuit court for an extension of time to file a post conviction petition due to his inability to access his prison’s law library.

Baricevic, who replaced Cook on the case, didn’t rule on the request.

Parker requested an extension in 2015, and Baricevic didn’t rule on it.

On March 24, 2016, Parker filed a “Petition for leave to file late post conviction.”

He wrote that he discovered that the time for a post conviction petition expired.

Baricevic denied the petition for leave on April 4, 2016, finding it contained no allegations of constitutional violations. He wrote that Parker didn’t itemize the days he lacked access to the library.

“My 6 amendment rights was violated due to me not having a fair trial due to the fact my judge was under the influence of drugs,” Parker wrote.

He wrote that petitioners, apparently meaning counsel on appeal, “failed to raise the issue of judge Michael Cook being under the influence.”

“Petitioner states judge Cook was ‘nodding out’ during trial, under the influence of heroin,” he wrote.

He attached a newspaper article about an investigation of Cook and the charges against him, with a photograph of him in his judicial robe.

Baricevic denied the petition on May 11, 2016, on the basis of state law prohibiting successive post conviction petitions.

“There is nothing in the petition to indicate why the claims could not have been made in the earlier petition,” he wrote.

He wrote that although it indicated Parker had difficulty accessing the library, it set forth no allegation of a constitutional violation, that it was no more than a request for permission to file late.

He wrote that Baricevic should have notified Parker of his intent to characterize it as a post conviction petition, should have warned Parker that any subsequent petition would be subject to restriction and should have provided Parker an opportunity to withdraw or amend the March 24 filing.

Overstreet found it entirely reasonable that Parker construed the April 4 order as no more than a denial of his request to file late.

He wrote that the April 21 petition was, in form and substance, the initial post conviction petition.

Other cases were appealed after Cook resigned.

Jurors in Cook's court convicted Cosby in April 2013. Haida held trial for Cosby in 2014, and jurors acquitted him.