Madison County officials participated in a flag-raising ceremony, commemorating the start of the state's bicentennial celebration.

County Board chairman Kurt Prenzler read a proclamation as Madison County joined other Illinois counties and communities across the state in hosting the event.

“Illinois became the 21st state to join the union on Dec. 3, 1818,” Prenzler said. “The Bicentennial will pay tribute to the people, places and things across our state and what make us great.” 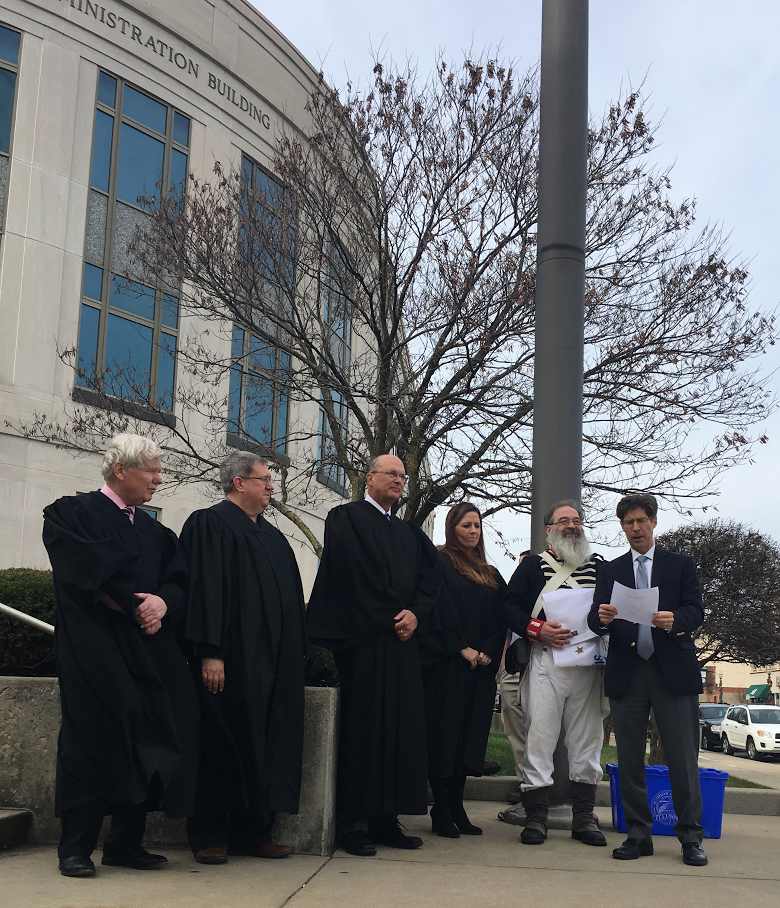 Prenzler said at one point in time, before Illinois became a state, the majority of its territory was Madison County.

“Madison County stretched all the way north of St. Louis and reached into parts of Wisconsin, Minnesota and Michigan,” he said. “Madison County was established in 1812, long before cities up north were even thought about. Edwardsville is the third oldest city in the state and incorporated in 1819 just after Illinois became a state.”

The bicentennial is set to showcase Illinois’ influence on American history and culture, achievement and invention, business and art.

Visit www.illinois200.com to find out more about the celebrations and events that will take place across the state during the next year.

Want to get notified whenever we write about Madison County Historical Museum ?

Sign-up Next time we write about Madison County Historical Museum, we'll email you a link to the story. You may edit your settings or unsubscribe at any time.