LeChien should not have jurisdiction over state labor dispute, critic says 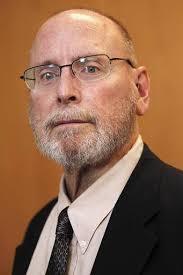 LeChien ordered CMS to rescind any changes to wages, hours and terms and conditions of employment. The ruling restores employment terms as they existed on Nov. 15, pending a determination on the merits of AFSCME's arguments in a suit it seeks to pursue in St. Clair County.

The agency that pays state workers was found by LeChien to be in violation of a tolling agreement through its implementation of new terms and conditions without agreement by AFSCME.

"Plaintiff has demonstrated it has a protectable legal interest in the rights protected by the Tolling Agreement between AFSCME Council 31 and the Illinois Department of Central Management Services," LeChien wrote.

In January, Rauner stopped negotiations with the union declaring an impasse, but under terms of the sides' tolling agreement, the Illinois Labor Relations Board (ILRB) must declare whether an impasse exists.

In November, the ILRB determined that negotiations between the governor and AFSCME were at an impasse, at which time the administration could impose a last, best and final offer. It did and began to impose its terms.

The union counters that according to state law, the labor board ruling isn't effective until it is officially filed.

A case management hearing on the union's petition for permanent injunctive and declaratory relief is set Jan. 13 or sooner if an expedited hearing is requested, LeChien's order states.

Ted Dabrowski, vice president of the Illinois Policy Institute and critic of AFSCME's efforts, said that the union could have appealed the labor board's decision with a state appellate court.

"But that didn't fit with AFSCME's legal schemes," he wrote in a recent column.

"Instead of following legal requirements, AFSCME chose to run to Judge Robert LeChien in St. Clair County Circuit Court...The reason: LeChien has a history of rubberstamping the union's legal requests."

The case was assigned to LeChien, who authorized payment of state employee salaries by temporary order last year.

Dabrowski wrote that if LeChien grants AFSCME's request to keep the state from implementing the contract, "he is asserting jurisdiction over issues that should not be before him in the first place."

"AFSCME’s most recent ploy is a clear demonstration of its discard for the labor process. The union isn’t interested in fair negotiations and outcomes – it is only interested in skewing the process to serve its own goals," he wrote.