The Illinois Supreme Court has agreed to hear the appeal of Union Pacific Railroad which seeks relief from an appellate court ruling that reversed a jury verdict in its favor.

The case involves railroad worker Christopher Wardwell who had been rear-ended by a drunk driver while he was being transported in a van from a rail yard to a train in 2008. 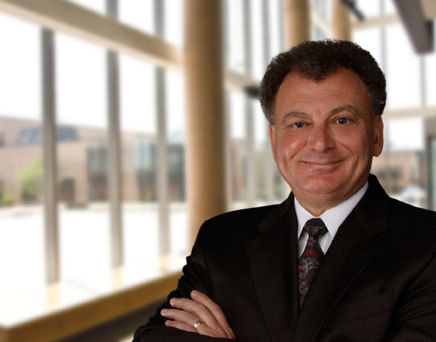 After Lopinot denied Wardwell's post trial motions; Wardwell appealed to the Fifth District Appellate Court. In a split decision, the appellate court found for Wardwell, who argued that under provisions of FELA the railroad did not have the right to introduce evidence that a non-railroad third party - a drunk driver - was the sole and proximate cause of the accident.

Goldenhersh pointed to circumstantial evidence Wardwell introduced regarding the driver's failure to check the van's rear-view mirror or check a blind spot before moving from the left lane of southbound Route 3 in Columbia to the right lane where the collision occurred.

At trial, it had been stipulated that professional driver Regeania Goodwin was the agent of Union Pacific, and that Union Pacific was responsible for Goodwin's conduct concerning the accident.

It also was stipulated that the driver who caused the accident, Erin Behnken, was intoxicated at the time at 5:16 a.m. on Aug. 9, 2008, and had admittedly "blacked out" or had fallen asleep at the wheel just before impact.

"In an (sic) FELA action, our determination is narrowly limited to the single inquiry of whether the conclusion may reasonably be drawn that the employer's negligence played any part at all in the injury," Goldenhersh wrote. "The employee's burden is met when proof is adduced, even though entirely circumstantial, from which a jury may reasonably make this inference.

"Given our determination that the jury could have reasonably concluded that defendant was negligent, at least in part, regarding the collision in question, we find the trial court erred in permitting defendant's sole-cause defense. A nonrailroad third party's alleged negligence is inadmissible when evidence is presented, albeit entirely circumstantial, that the railroad contributed to the injury. Here, plaintiff has met this burden."

In sharp dissent, Justice Randy Moore found that the evidence presented at trial was sufficient to sustain the jury's verdict.

He agreed that under FELA, if a plaintiff's injury is caused at least in part by the railroad, then the railroad is 100 percent responsible, regardless of whether third parties are partially at fault.

However, Moore pointed to a difference between apportioning fault between joint tortfeasors and finding no liability on the part of the railroad because another party was the sole cause of plaintiff's injury.

"I find nothing in the law that stands for the proposition set forth by the majority, that the mere production of testimony that could be construed by a jury as evidence of the negligence of the railroad precludes the railroad from putting forth additional evidence in the case, and a jury from considering, that a third party was the sole cause of the injury," Moore wrote.

"Such a holding compromises the role of the jury in FELA cases."

Wardwell was represented by Mark DuPont of Bigfork, Mon. at trial and on appeal.

Union Pacific was represented by Thomas Jones and Harlan Harla of Thompson Coburn in Belleville.

At the scene, Goodwin wrote in police report forms that she had been in the right lane more than two minutes before the collision; at trial she testified it was 20 seconds. Wardwell testified it was only one or two seconds.

Moore wrote that once the jury resolved the contested issue of how long the van was in the right lane before it was rear-ended, he found there was "plenty" of evidence to support the jury's decision that Goodwin did not cause the injury - even in part.

"..[T]here was conflicting evidence as to how long after the van changed lanes that it was hit from behind," Moore wrote. "These are the types of conflicts that the jury was empanelled to resolve, and the jury in this case resolved them in favor of the railroad. I find no basis to disturb the jury's determination that any alleged negligence on the part of an agent of the railroad was not a cause of the plaintiff's injury."

He wrote that even Wardwell told police and the railroad that the accident was caused by a drunk driver, and that, furthermore, that Goodwin was alert and attentive, and he never saw her violating any rules of the road.

Wardwell has claimed that Union Pacific failed to provide him with a safe place to work and failed to require its managers not to place employees in vans on the road after 10 p.m. and before 6 a.m. to avoid an accident with an intoxicated driver.

After the accident, he claims he lost wages because he went from being a switchman, brakeman and conductor on freight trains, to being a security guard.

He and two other passengers were being driven from Dupo to a train in Chester when the accident occurred.