'Farmer's' advice to lawmakers: if you can't stop spending, become a private citizen

Loren Klaus, 88, of Glen Carbon has sage advice for elected officials grappling with the state's fiscal crisis: When you don't have enough money to pay for things, you have to cut.

In a recent submission to the Record, Klaus, a retired public education administrator who prefers the title of "simple Illinois farmer," diagnosed 12 ailments afflicting the state. His published letter was one in a series that the prolific author penned to this newspaper. 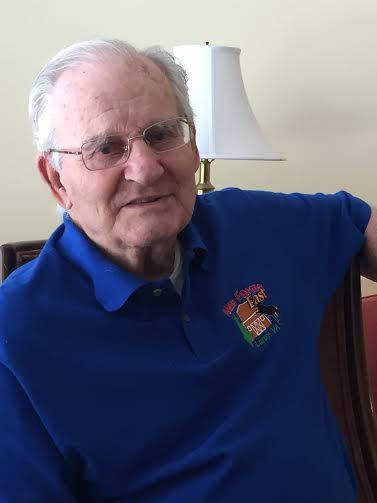 All of his letters contain conservative themes as prescription for curing the state's ills:

"In my opinion, the solution is clear to most citizens who are tax payers. But, not to most tax consumers and the media. It's called get control of state and public spending at all levels. Spend less than your tax income."

He has a practical solution for lawmakers who can't abide by that principle:

"If you can't do that, retire from government service."

All of Klaus's letters are written from the position that good intentions of honorable people have wrecked the state.

"This doesn't mean that the person is an evil person. But, it does mean he should go back to making a living as a private citizen."

During an interview on Friday, Klaus described how he grew up on a farm in Macoupin County, and went "straight off the farm" to teaching the 6th grade in Elkhart, Ill. His capable disciplinary skills helped put him in line for a quick move up the ladder and into the role of school superintendent; in 1968, he was picked as the first president of Shawnee College, now named Shawnee Community College, in Ullin.

Through the years, Klaus has been a featured speaker at numerous events involving public education. At one such event, decades ago in Mount Vernon, he recalled that organizers of a public hearing seeking support for a tax increase "couldn't get him off the stage fast enough" when he proposed austerity instead of reaching into taxpayers' pockets for more.

In the following letter, Klaus laments Republicans in name only, also known as "RINOs," as he looks back at a time in history when citizen control of public education was lost to teacher unions. He likens current conditions in the state to "Third World." But, he also remains hopeful that a "self made wealthy" Gov. Bruce Rauner will "rescue" Illinois.

Illinois has become the Somalia of American politics. Reaching across the aisle, a coalition of far left Democrats and Republicans have atomized our once prosperous state.

Our once prosperous state has been ravaged by three decades of veto proof Democrat control of the state legislature. But RINOs campaigned as conservative. Once elected they reached across the aisle to swindle and savage helpless local tax payers like buzzards feasting on an almost dead wild beast - not a pretty picture.

Local real estate taxes were bankrupting thousands of families. Republican Gov. Richard Ogilvie (1969-73) wanted to help them save their homes.

Back-peddling Democrats slaughtered Ogilvie's brain child in its crib. In the last 30 years under the Democratic controlled legislature, both the state income tax and local taxes are rampaging out of control. Yet, public employee salaries have increased every year.

Big Jim Thompson is the most admired, competent and honored governor of the last century, as measured by news media and other elite thinkers. This simple Illinois farmer thinks, well maybe not.

In an incestuous love affair, Big Jim reached across the aisle to join the Marxist dominated NEA and Democrat-run legislature to create a bastard child called mandatory arbitration. This ends citizen control of public education. The law mandates automatic appointment of an un-elected person (arbitrator) when school boards and union leaders reach an impasse. The goal of the arbitrator is to reach agreement - just or unjust - by splitting the difference.

Past and current Illinois governors (Rauner excluded) and legislatures made Illinois a Third World society.

Uninformed Illinois voters elected them. People usually get the government they deserve. I think our people are better than this.

Governor Rauner is our only hope. Good, but ill-informed voters are responsible for this mess. Rauner must lead this information program. And he is. That's why all Democrat legislators and some cross-over Republicans have moved to destroy him.

After reading the Hungarian George Soros-funded litany of evil things done by Rauner, it's easy to infer that Rauner probably runs over little kittens crossing the road. And, enjoys crushing baby children in his big hand.

Financed by billions of dollars of Soros' false front groups, a hate campaign of lies and slander is going on daily against Gov. Rauner. They claim Rauner is secretly backed by seven of the wealthiest billionaires in the country.

Rauner is a self-made wealthy man. He earned it. But, remember in all recent national elections, Democrats outspent Republicans from big donors' donations.

Billions of dollars in Democrat campaigns come from in-kind donations from wealthy, politically savvy teacher unions. Wisconsin Gov. Scott Walker, with a good plan, told people how he would rescue the state from bankruptcy. And, he did it.

Walker also learned his plan terrified establishment Republican elites everywhere. They knew that if Walker was elected the good old "reach across the aisle" love fest with big spending Democrats was over. He did, and now Wisconsin is debt free.