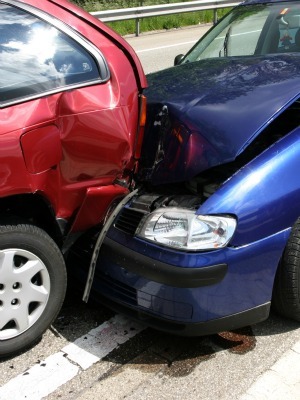 EDWARDSVILLE – A driver and passenger claim an intoxicated motorist caused a Collinsville collision.

On March 21, 2014, Smith was driving his vehicle northbound on North Bluff Road in Collinsville, with Causey as a passenger, the suit states.

At the same time, defendant Macios was allegedly driving behind the plaintiffs while under the influence of alcohol when she drove into the rear of the plaintiffs' vehicle while they were stopped at a red light. She was later issued a citation for DUI following the accident.

The plaintiffs claim she negligently drove her vehicle at a high speed without attempting to stop, failed to keep her car under proper control and failed to keep a proper lookout.

Smith alleges internal and external injuries to his neck, shoulders, hips, back, arms and legs. He claims he suffered disability and loss of a normal life; and he continues to pay for medical bills and property damage, specifically to his car, according to the suit.

Causey also claims she was injured in the collision. She alleges she has suffered and will continue to suffer pain and anguish, disability and loss of a normal life, and has incurred medical expenses.

They are both represented by Michael P. Glisson and Timothy J. Chartrand of Williamson, Webster, Falb & Glisson in Alton.