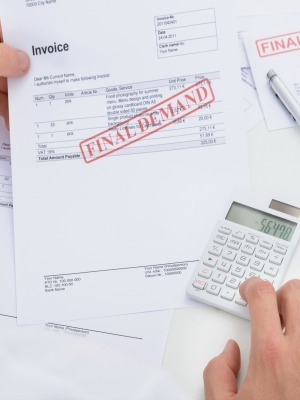 BELLEVILLE – An Illinois bank is suing over an alleged unpaid promissory note.

On March 31, 2015 the plaintiff merged with Heartland. As such, Midland is now the holder of the note, which matured on Sept. 1, 2015, according to the complaint. On Jan. 14, the plaintiff demanded payment of the note in full from the defendants, but they have either failed or refuse to pay, the suit alleges.

As of Jan. 13, the amount due was $57,140, according to the complaint. Interest continues to accrue at the rate of $11.64 per day. Further, according to the promissory note, the plaintiff claims it is entitled to collect all attorney fees and costs spent in collecting the balance due.

The plaintiff seeks a judgment in the amount of $55,873.92 in principal, $1,041.35 in interest, $225 in other charges, pre-judgment interest at $11.64 per day for each day after Jan. 13, attorney fees, court costs, post-judgment interest at the statutory rate and other relief the court deems just and proper. The plaintiff is represented by Cherie K. Macdonald of Greensfelder, Hemker & Gale PC in Swansea.

Want to get notified whenever we write about Greensfelder ?

Sign-up Next time we write about Greensfelder, we'll email you a link to the story. You may edit your settings or unsubscribe at any time.