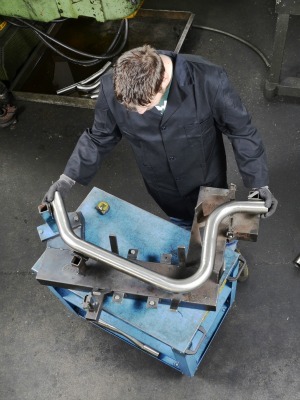 A Madison County man is suing a steel company, alleging retaliation led to the loss of his job.

According to the complaint, from July 2013 to Feb. 19, 2015, Curtis was employed at Stein, taking loads of steel waste from U.S. Steel to be weighed to determine its value. He alleges that his supervisors would tell him to input the improper grade of steel when weighing it to increase each load's value, the suit says.

On Feb. 7, 2015, the lawsuit states, the plaintiff informed Medford of his concerns with the fraud, but Medford allegedly dismissed them. Then on Feb. 11, after informing his supervisors of his concerns, Curtis claims he informed that U.S. Steel was prohibiting him from crossing its property to get to the job site at Stein, the complaint says.

The suit alleges Stein gave U.S. Steel false information about Curtis so it would ban him from the property.  That same day, the plaintiff was suspended for 30 days. On Feb. 19, Curtis says he received a letter of termination from Stein Steel.

The plaintiff alleges loss of income and loss of benefits, emotional distress, embarrassment and humiliation.

Curtis seeks at least $50,000, all back wages and benefits, front pay and benefits, punitive and compensatory damages and other relief the court deems proper. He is represented by attorney Randall P. Steele of Steele Law Offices LLC of Glen Carbon.