Andy Economy resigns from Board of Commissioners amid scandal 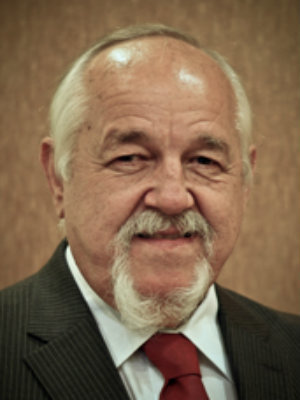 Hours before the Nov. 18 meeting in which the Madison County Board was to vote on Andy Economy’s removal as president of the Board of Commissioners of the Metro East Sanitary District, Economy resigned.

Economy came under fire after revelations that his repair shop, Andy’s Auto Body & Towing in Madison, had been profiting of off damage to district-owned vehicles. Economy’s repair shop brought in $33,150 in total work on district vehicles in three years, according to the Belleville News-Democrat.

Economy spoke with the Madison County Record, saying there was nothing wrong with his personal business benefiting from the district’s vehicles.

“If the levee paid it out of their pocket it would be a different story, but the levee board’s insurance company is paying for it,” he said.

Economy, who was appointed to his position by Alan Dunstan, chairman of the Madison County Board, had donated significantly to Dunstan’s campaign.

Economy has given in excess of $25,000 to Dunstan’s campaign both personally and through his repair shop, according to records at the Illinois State Board of Elections.

“I’m glad the county board doesn’t have to vote on this,” Dunstan is quoted as saying in the Belleville News-Democrat. “He did what I would have done, just go ahead and resign instead of forcing the board, some of his friends, to vote on it. They would have voted for it, but now they’re not in that position.”

Madison County Treasurer Kurt Prenzler is currently running against Dunstan for chairman of the Board.

Prenzler said that Dunstan’s promise to request Economy’s removal was “nothing more than grandstanding.” Prenzler continues to demand a complete investigation into Economy’s financial dealings with the County.

“The chairman didn’t call for an investigation of his appointee until I brought it out,” Prenzler said in a statement sent to the Record. “The chairman claims the removal is about ethics. Where is his ethics in all of this?”

“County appointees should never profit from their position of authority and that money should never make its way back to the person who made the appointment,” Prenzler told the Record.

Prenzler said he is also concerned about the state of the Budget, saying the Madison County Board wasn’t given accurate information at the meting before approving its new $130 million budget. The budget the board was presented with is “padded,” according to Prenzler who told the Record in a statement, “unless someone is familiar with accounting they would not see the smoke-and-mirrors.”

“What the chairman fails to understand is the budget is not for him, it’s for the citizens,” Prenzler said. “These annual surpluses are unnecessary and if the county doesn’t need the money then it should give it back.”