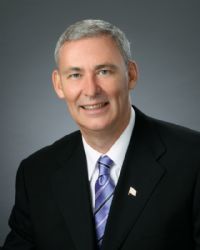 The Madison County Courthouse is preparing to commemorate its 100th anniversary much in the way it was opened – with lots of pomp, and a celebration that opens its doors to the public.

County Clerk Mark Von Nida said that when the courthouse was opened back in 1915, it drew quite the crowd.

“It was a pretty grand building for its day and opened up to a great amount of fanfare,” Von Nida said. “Joe Cannon, who was the speaker of the U.S. House, arrived and was part of the festivities. It was a big deal.”

The Madison County Historical Society is hosting an event that includes dinner and stories about mysteries and courtroom drama. Von Nida said the most interesting part for the public, though, may be just getting to see the beautiful building from the inside.

“Typically during the normal week, security is very high so you aren’t able to come in with cameras and cell phones. On the night of the event, though, people are welcome to bring cameras and take pictures of the architecture,” he said.

The architecture includes whispering arches, Von Nida said, where a person can stand on one side of the room and another on the opposite and can hear each other speak in a whisper.

“It’s going to be the event of the season,” Von Nida said.

“The Declaration of Independence is known as the ‘People’s Document’ because it is the framework of democracy,” Hylla said in a statement. “We are proud to present these hand-engraved, exact copies from the Bureau of Engraving and Printing that will be hung in the Courthouse lobby and each Circuit Judges’ courtroom as a reminder of the equality and rights of all people.”

The event is scheduled for Sunday, Nov. 8 in the rotunda.

Tickets to the celebration are $45 for members of the historical society, and $50 for non-members.

Reservations can be made at the Madison County Archival Library or by calling 618-656-7569. Reservations must be made by Oct. 28.