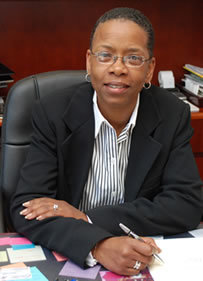 A Belleville nursing home failed to adequately care for one of its residents, leading to her death, according to recently filed court documents.

Brenda Lee Cooper, who is the administrator of Mildred Hale’s estate, filed a lawsuit May 6 in St. Clair County Circuit Court against Midwest Rehabilitation and Respiratory Center and Senior Healthcare Management.

In her complaint, Cooper alleges Hale was living at Midwest from March 1, 2011, through her death on Jan. 14, 2012, where she developed pressure sores and a fractured left tibia.

Cooper says Hale had been complaining of pain in her left leg, but staff failed to diagnose the source of her pain.

Because of staff’s alleged failure to treat Cooper’s pressure sores and their failure to provide her with a safe transfer technique, she experienced severe pain and suffering, mental anguish and emotional distress; became further disabled during the time she spent at the nursing home; incurred medical costs; and lost her ability to enjoy her normal life, according to the complaint.

In her complaint, Cooper seeks a judgment of more than $100,000, plus attorney’s fees and costs.