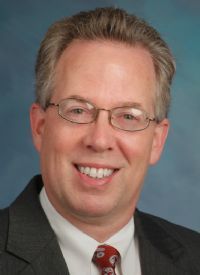 Here's why real conservatives should oppose the Ryan budget:

1. It maintains the federal leviathan working to control our lives. FACTS: The Ryan budget won't result in the single closure of any sizable federal agency and explicitly avoids layoffs of federal workers. As Roll Call newspaper put it, "Ryan's budget eliminates the deficit in 2023 not because of large new spending cuts relative to his past budgets, but because he's keeping hundreds of billions of dollars a year of President Barack Obama's own budget policies in place." There's nothing "conservative" about using Obama's phony budgeting.

3. The result of the Ryan spending and tax decisions is that he sacrifices the conservative principle of reducing the role of the federal government for a goal of a balanced budget, which is a numbers exercise (albeit an important one). And that is exactly what happened in the Reagan budgets (I was there) and during the Gingrich era in the 1990s, when we achieved a budget surplus but didn't get Big Uncle Sam out of our lives. Is that what conservatives want?

4. The Ryan budget violates the 10th Amendment and restricts the 7th Amendment right to civil jury trials. It unconstitutionally crushes each state's right to maintain its own civil justice system, by mandating federal limits on damages available in healthcare-related lawsuits. The plan ignores the opinions of the most respected Republican-side and libertarian legal experts and officials who have repeatedly written that Congress has no authority to enact federal caps on medical malpractice lawsuits, especially under the majority opinion in the Supreme Court's Obamacare opinion. These experts include Prof. Randy Barnett; Virginia AG Ken Cuccinelli; legal experts Rob Natelson, John Baker and Carrie Severino; and Reps. Ted Poe, Louie Gohmert and Lee Terry, and Senators Tom Coburn and Mike Lee. The National Conference of State Legislators has always protested federal caps as a violation of the states' right to operate their civil justice systems without federal interference. Tea party leaders such as Judson Phillips and the Tea Party Patriots criticized the passage of caps by the Republican House in the last session of Congress.

5. The same caps do nothing to raise the quality of health care in the U.S., which is why Republican-side healthcare experts don't support federal caps on such lawsuits (e.g., Avik Roy, Jim Capretta and Tom Miller). A recent study by respected academics punctures five myths of medical malpractice, but these realities are ignored by Rep. Ryan and House leadership.

6. The combination of the continued federal presence in the regulatory agencies and the proposed civil immunity for the entire medical community, from doctors to insurance companies to nursing homes, make the Ryan budget a perfect vehicle for Crony Capitalism. Federal bureaucrats will feel free to preempt state laws and restrict individual freedom in all types of settings. There's no effective "STOP" sign on Uncle Sam in the Ryan budget.

Conservatives and Tea Partiers should oppose the Ryan budget. It doesn't promote the conservative vision of a reduced role for the federal government in our lives. It continues to "feed the beast." It infringes on states' and individual rights. It's not a conservative or Tea Party manifesto and should not excite or inspire any conservative, Tea Partier or libertarian. It doesn't project the Founding Fathers' vision for the nation or for a limited government. There's no reason to spill any political blood over it.