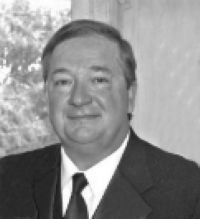 In an announcement posted today, the Court denied a second request made by St. Louis attorney Stephen Tillery to keep Karmeier from participating in impending proceedings of the decade-old light cigarette labeling case.

The Court also indicated that a motion for his recusal has been referred to Karmeier.

The Price case has been bouncing between the state’s courts ever since former Madison County circuit judge Nicholas Byron in 2003 handed down a $10.1 billion bench verdict against Philip Morris in a lawsuit Tillery brought in 2000 on behalf of consumers who alleged they were deceived by the company’s use of “light” and “low tar” labeling.

In 2005, the Illinois Supreme Court threw out the multi-billion dollar judgment after determining the tobacco giant couldn’t be held liable under the state’s Consumer Fraud Act for using those terms because the Federal Trade Commission (FTC) allowed them.

Karmeier was one of four justices who made up the majority in the Price ruling. Two justices dissented and one did not participate.

On behalf of the plaintiffs, Tillery revived the case in 2008 by filing a petition under Section 2-1401 of the Illinois Code of Civil Procedure, seeking relief from the Supreme Court’s dismissal of the verdict based on newly-discovered evidence.

The high court in September granted the tobacco company’s appeal of the Fifth District ruling and on the same day it agreed to hear arguments in the case, Karmeier penned an order to explain why he was denying the plaintiffs’ recusal request.

In November, Karmeier was retained by southern Illinois voters to a second 10-year term, in spite of a last minute, $2 million negative campaign funded in large part by associates of Tillery.

On Feb. 9, the plaintiffs filed a second request for the justice’s recusal or disqualification, alleging that comments attributed to Karmeier on election night in a downstate newspaper article allegedly show he intends to vote against them and thus, requires him to bow out of the court’s impending review.

Philip Morris responded to Tillery's renewed motions for recusal and disqualification on Feb. 26.

“Having failed to defeat Justice Karmeier at the polls, plaintiffs have filed another motion to recuse or disqualify him that is just as cynical and dishonest as their first motion was,” Philip Morris’ memo stated. “Remarkably, plaintiffs say nary a word about the $2 million campaign their lawyers spearheaded to defeat Justice Karmeier’s retention effort– a campaign so vicious and deceptive that a federal judge described it as an ‘affront to an independent judiciary.’”

In Karmeier's previous order he made it clear he wasn’t going to step aside because he believed the plaintiffs failed to provide any evidence to back up their claims he voted to overturn the verdict because Philip Morris funneled donations to his 2004 campaign coffers.

It is unclear when the Illinois Supreme Court wll hear arguments in the Price case.

Karmeier and Justice Robert Thomas did not participate in the decision denying disqualification.

Besides Tillery, the plaintiffs in Price are being represented by Robert L. King, George A. Zeles, Maximilian C. Gibbons and Matthew C. Davies of Korein Tillery in St. Louis; Joseph A. Power Jr. of Power Rogers & Smith in Chicago; and South Carolina attorneys Michael J. Brickman and Nina Hunter Fields.

(Bethany Krajelis contributed to this report).