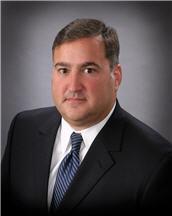 BELLEVILLE - A vitamin supplements company is accused of misleading practices by falsely claiming its products were free of heavy metals.

Plaintiffs Erin Smid, Stacey Bowland and Brandie Lee are alleging breaches of state consumer fraud law and other violations. The plaintiffs are from Illinois, Tennessee and Wisconsin.

The plaintiffs are seeking class action certification for anyone who bought the products within the statute of limitations in the various states, are also claiming breach of warranty and unjust enrichment.

The suit, which notes that the vitamin supplement business is estimated to grow to be a $60 billion business by 2012, centers on various pre and post-natal, and other products, sold under the Rainbow Light brand.

The defendants state in their marketing that the products are free of heavy metals, but the suit counters that this is untrue as they allegedly contain lead, mercury, cadmium, and arsenic.

However, the suit also notes that the company has stated its products have the "lowest detectable" amounts of lead compared to competitors.

The fact that the products contained heavy metals was known to the defendants, according to the suit. Therefore, the company was engaged in deceptive and misleading practices that constitute a fraud under state consumer statutes.

The plaintiffs claim they bought the products relying on the defendants' claims that the products were free of heavy metals, and that the companies tested both raw metals and after blending and bottling.

They are seeking an immediate injunction to stop the company engaging in unlawful conduct  and damages.

The complaint follows in the aftermath of an action taken by city attorney of Los Angeles against Nutranext and related companies.

Under an agreed settlement with the state of California, the company paid $250,000 in civil penalties and $1.5 million in restitution to consumers relating to pre-natal products.

The plaintiffs are represented by Gregory Shevlin of Cook, Bartholomew, Shevlin, Cook & Jones of Belleville, with support from attorneys from Chicago and Washington.