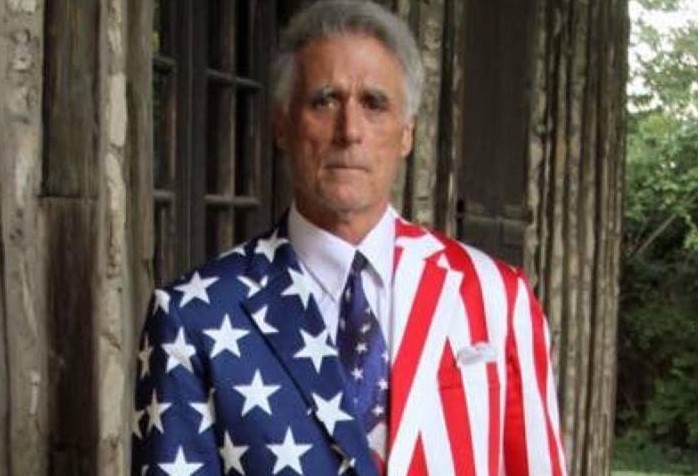 They stamped a termination order of administrative law judge Jane Halprin as final on March 20, and stated that authority to operate the stations had ended.

They announced deletion of call signs for AM stations KFTK in East St. Louis, WQQW in Highland, KZQZ in St. Louis, and KQQZ in DeSoto, Mo.

Halprin dismissed the trust’s application for renewal of the licenses after Watkins ignored her order to explain why he didn’t follow her orders.

The proceedings will continue, no longer for “Entertainment Media Trust, Dennis Watkins trustee,” but for “Four St. Louis Area AM Stations.”

Commissioners will proceed with a goal of assigning the licenses, but their announcement didn’t specify a path.

The announcement referred to a potential auction and “possibility of mutual exclusivity,” a delicate matter of minimizing interference among stations. For an auction, the commissioners post notice specifying an application period.

St. Clair County board chairman Mark Kern initiated the commission’s proceedings, not for the county but as private citizen.

He claimed the trust concealed Romanik’s control in violation of the provision on good character.

Commissioners ordered a hearing last year, and Halprin set it for this year.

She postponed it after the trust petitioned the bankruptcy court of Southern Illinois for relief.

The petition didn’t pan out and Halprin’s proceedings resumed.

Romanik’s lawyers in Washington withdrew in November, and Halprin ordered Watkins to appear for a conference to clarify the trust’s representation.

He filed an entry of appearance on Dec. 19, but didn’t sign it.

Halprin rejected it, finding it lacked the most basic indicia of authenticity.

She ordered him to explain himself and to provide an electronic mail address and a telephone number at which he could be directly contacted.

He didn’t respond, and she dismissed the renewal application on Feb. 19.

Since 1994, the Federal Communications Commission (FCC) has conducted auctions of licenses for electromagnetic spectrum. These auctions are open to any eligible company or individual that submits an application and upfront payment, and is found to be a qualified bidder by the Commission.

FCC auctions are conducted electronically and are accessible over the Internet. Thus, qualified bidders can place bids from the comfort of their home or office. Further, anyone with access to a computer with a web browser can follow the progress of an auction and view the results of each round.

In 1993 Congress passed the Omnibus Budget Reconciliation Act, which gave the Commission authority to use competitive bidding to choose from among two or more mutually exclusive applications for an initial license. Prior to this historic legislation, the Commission mainly relied upon comparative hearings and lotteries to select a single licensee from a pool of mutually exclusive applicants for a license.

The Commission has found that spectrum auctions more effectively assign licenses than either comparative hearings or lotteries. The auction approach is intended to award the licenses to those who will use them most effectively. Additionally, by using auctions, the Commission has reduced the average time from initial application to license grant to less than one year, and the public is now receiving the direct financial benefit from the award of licenses.

In the Balanced Budget Act of 1997, Congress extended and expanded the FCC's auction authority. The Act requires the FCC to use auctions to resolve mutually exclusive applications for initial licenses unless certain exemptions apply, including exemptions for public safety radio services, digital television licenses to replace analog licenses, and non-commercial educational and public broadcast stations.

Want to get notified whenever we write about U.S. Federal Communications Commission ?

Sign-up Next time we write about U.S. Federal Communications Commission, we'll email you a link to the story. You may edit your settings or unsubscribe at any time.