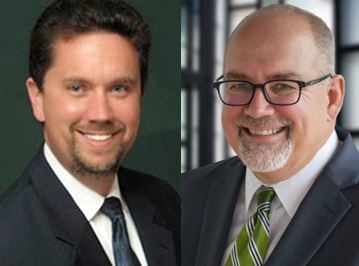 St. Clair County jurors awarded a truck driver $346,100 in a lawsuit alleging he fell at a Flying J Truckstop while using the shower.

Brookman was awarded $294,185 for loss of a normal life and $51,915 for pain and suffering. However, jurors held Brookman 35 percent liable for his injuries, reducing his recoverable damages to $224,965.

Brookman was represented at trial by Charles Armbruster III and Michael Blotevogel of Armbruster Dripps Winterscheidt & Blotevogel LLC in Maryville.

Brookman filed his complaint Jan. 23, 2017. He argued that on Oct. 14, 2015 he was a customer at the Oakwood Flying J Truckstop. While there, he claimed he was using the shower when he slipped and fell.

Brookman alleged the defendant breached its duty to keep its premises safe by failing to remove, remedy, barricade, or warn of the condition.

According to a statement of the case, the defendant denied that it was negligent and denied that Brookman was injured to the extent claimed.

In its answer to the complaint, Pilot argued that the plaintiff caused or contributed to his own alleged injuries by failing to keep a careful lookout, failing to observe and heed an open and obvious condition, failing to exercise ordinary care and failing to mitigate damages.

The defendant also argued that the plaintiff assumed the risk of using the shower with knowledge of the alleged degreaser/cleaner.

Pilot filed a motion for directed verdict at the close of all evidence, arguing that Brookman failed to present evidence of the defendant’s negligence.

The defendant also argued that the condition of the shower area was open and obvious.

“The condition of the shower and the presence of any foreign substance sufficient to be a ‘dangerous condition’ would be visible and apparent to a reasonable person in the same location,” the motion stated.

Brookman also filed a motion for a directed verdict on the issue of comparative fault.

Brookman argued that the defendant failed to produce evidence that he failed to keep a proper lookout, contributing to his injuries.

“Here, at the most, defendant has testimony by plaintiff that he does not recall whether or not he looked at the floor of the shower before entering it,” the motion stated.

Additionally, Brookman testified that he did not see the substance he slipped on and only felt it on his back.