Election officials say all precincts will be staffed in Madison, St. Clair counties, in spite of election judges calling off service 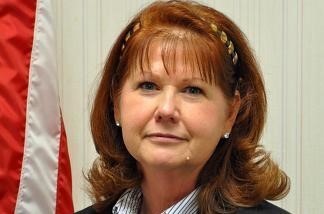 Election officials in Madison and St. Clair counties are dealing with a significant number of calls from election judges seeking to be excused from service on primary election day on Tuesday over concerns about the spread of coronavirus. But both counties expect to have all precincts staffed and safe.

Madison County Circuit Clerk Debra Ming Mendoza said that a lot of reaction is based on a fluid flow of information coming from public officials.

However, Mendoza added that after reaching out to the public for anyone willing and able to replace the excused election judges, the response has been positive. She said that at this moment, Madison County is able to hold elections in every precinct.

“Right now, we are able to hold back the flood,” she said. “I use the word flood because it is a very fluid situation.”

She also said that while many election judges have called in, many others are still prepared to serve.

“They truly, truly honor the oath they take as election judges,” she said. “Without them, we would have no election.”

Mendoza said there have been no known or confirmed cases of COVID-19 in Madison County, “which I hope calms some of my election judges’ concerns.”

She added that she is in touch daily with the Centers for Disease Control, or CDC, and local health agencies. She is also briefed daily on the most current situation and recommendations.

She explained that election judges have been told to use “those common sense methods your mothers taught you.”

Polling places are also observing social distancing by keeping voting booths a certain distance apart and keeping voting lines distanced with markers on where people should stand in line.

Mendoza said they are doing all they can, but she also understands that there will be voters who come with colds and runny noses.

“We are trying to practice the appropriate hygiene, but when you have 225 precincts and 900 election judges, it’s like herding cats,” she said.

Mendoza said she is “just praying for a smooth Election Day tomorrow and get it behind us.”

“We’re all crossing our fingers, but I’m confident that we are going to have a smooth Election Day tomorrow,” she continued.

Mendoza is also taking extra precautions and planning ahead for the general election in November. She is working to encourage more voters to mail in their votes just in case COVID-19 concerns have not subsided by then.

Calls have beein coming in since last week, she said, and continue today.

The office has worked with elected officials from both parties to recruit replacements, she said.

"A lot of (election) judges are elderly, so it is understandable why they are calling," Kaemmerer said.

She said the office cannot guarantee that five judges will be at each precinct, but each precinct will at least have one election judge. She also said that precincts are equipped with appropriate sanitizing supplies and protocols are in place to keep commonly touched equipment clean.