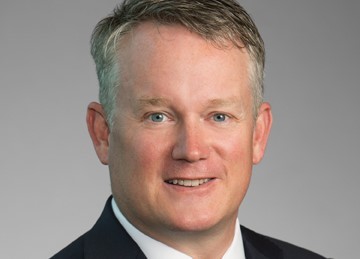 CertainTeed’s asbestos resolution entity, DPMB, listed them among 11 firms for a committee it proposed as part of a bankruptcy petition.

Abel produced her own list, without Simmons or Motley Rice, and Bankruptcy Judge Craig Whitley approved it.

Positions on the committee matter more than usual because DBMP represents a possible turning point for American courts.

Companies have begun splitting so they can carry on regular business in one entity while attaching asbestos liabilities and insurance payouts to another entity.

In 2017, when Georgia Pacific created Bestwall to declare bankruptcy, asbestos claimants sued for an order finding the transaction fraudulent.

Bankruptcy judge Laura Beyer of Charlotte presides over the dispute.

Clients of Cooney and Conway of Chicago, Goldberg Persky White of Pittsburgh, Weitz and Luxenberg of New York, and the Simmons firm filed it on Jan. 17.

They claimed DBMP concealed assets from creditors and intended to incur debts beyond its ability to pay.

DBMP filed its bankruptcy petition on Jan. 23, listing a client from each of 11 firms as “official committee of asbestos personal injury claimants.”

The list included the firms that filed the fraudulent transaction suit.

It included the Gori firm of Edwardsville, the O’Brien firm of St. Louis, Motley Rice of Mount Pleasant, South Carolina, Peter Angelos of Baltimore, George and Farinas of Indianapolis, Kazan McClain of Oakland, and Kelley and Ferraro of Cleveland.

She disagreed with DBMP on George and Farinas, Kelley and Ferraro, Motley Rice, Simmons, and O’Brien.

She recommended Maune Raichle of St. Louis, Shrader and Associates of Houston, Shepard Law of Boston, and Cohen, Placitella and Roth of Red Bank, New Jersey.

Kazan McClain and the Gori firm, secure by either list, filed statements of support for Abel on Feb. 10.

Linda Simpson of Charlotte wrote for the Gori firm that there were no compelling reasons to deviate from normal processes of the administrator and the court.

She wrote that the debtor and the committee hadn’t exchanged meaningful information or entered into significant negotiations.

She wrote that the committee didn’t even meet prior to the filing of this case.

Four firms that Abel dropped from DBMP’s list accepted their fate, but Christopher Guinn of the Simmons firm tried to salvage the firm’s seat on Feb. 10.

He wrote that the firm had extensive histories of resolving claims with the debtor and representing claimants on creditor committees.

He attached a statement that, “Prior to its bankruptcy filing, the debtor had agreed in principle to resolve this claim for $250,000.”

He asked for consideration of the firm’s efforts to challenge the restructuring.

On Feb. 11, DBMP counsel Garland Cassada of Charlotte denied arguments of opponents that the debtor chose the committee.

He wrote that following the restructuring, DBMP communicated with representatives of claimants about forming an ad hoc committee.

“To assist the plaintiffs’ firms in identifying and organizing a representative group of firms to serve as a prepetition committee, following the execution of appropriate non disclosure agreements, the debtor shared information regarding its asbestos personal injury claims," Cassada wrote.

“Representatives of the plaintiffs then selected a group of firms, a process in which the debtor had no involvement, and provided the list to the debtor.

“The debtor neither recommended additions to the proposed ad hoc committee, nor objected to any member proposed by the plaintiffs’ firms.”

He wrote that the committee was representative of different kinds of claims.

Then he retreated by proposing that if Whitley adopted Abel’s roster, he should add the Simmons firm and the Kelley and Ferraro firm.

He placed Simmons among the top two or three firms filing mesothelioma claims against DBMP and among the top 15 in total claims pending.

He wrote that he proposed this alternative to Abel but she declined it.

As of March 12, DBMP hadn’t answered the fraud suit in Philadelphia.

Want to get notified whenever we write about SIMMONS HANLY CONROY LLC ?

Sign-up Next time we write about SIMMONS HANLY CONROY LLC, we'll email you a link to the story. You may edit your settings or unsubscribe at any time.