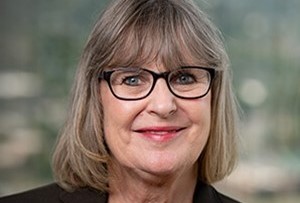 Attorney Sara Salger of the Gori firm named all six among 27 defendants in a mesothelioma complaint she filed in Madison County on March 2.

Son Robert Graves sued dozens of defendants in 2010, as leader among 17 plaintiffs in a single suit against the same defendants.

Columbia Chemicals counsel Gail Gaines of Little Rock moved to dismiss the complaint, writing that a statute of limitations barred the claim.

She wrote that workers’ compensation law barred it and that doctrines of payment, release, accord, and satisfaction barred it.

She further wrote that tobacco was the sole or contributing cause of death. She wrote that some issues had already been litigated or were subject to an opportunity for litigation.

Gaines moved for summary judgment in 2011, claiming the estate improperly sought to avoid the exclusive remedy of workers’ compensation.

She attached a stipulation that workers’ compensation judge Dale Douthit entered, finding the estate could not recover because Columbia Chemicals closed in 2002.

Throughout 2011, the estate moved to dismiss defendants one by one.

Guthrie generally granted the motions without prejudice to future claims.

On the other hand, he dismissed Met Life and 3M with prejudice.

In 2014, Columbia Chemicals moved to dismiss for failure to prosecute.

In response, Moody asked Guthrie to keep Columbia Chemicals on the docket pending a decision of the Arkansas Supreme Court.

Other defendants alleged failure to prosecute, and Guthrie dismissed them.

In 2017, he dismissed Columbian Chemicals without prejudice.

In December. he dismissed three entities of Bechtel Corporation without prejudice.

This March 2, by mistake, the Gori firm filed the old Graves complaint as a new Madison County complaint.

Salger corrected the error by dismissing the complaint and filing another.

She named 27 defendants including the six Guthrie dismissed with prejudice.

She wrote that Cleo Graves "was exposed to and inhaled, ingested, or otherwise absorbed great amounts of asbestos fibers," and that he was prevented from pursuing his normal course of work, thereby losing large sums of money which otherwise would have accrued to him and his estate.