Wood River mayor says city is not proposing to demolish landmark building, yet 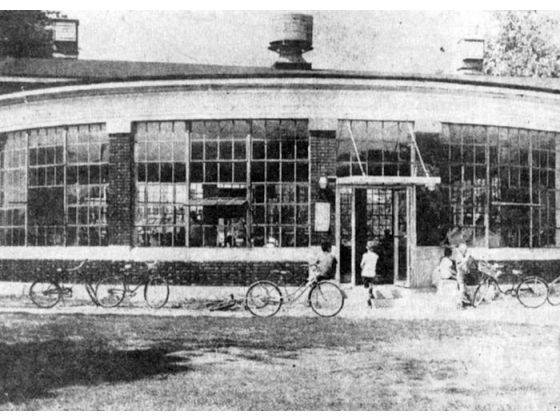 A reference to removing Wood River's landmark Roundhouse in an application for a new recreation center does not mean the city wants it demolished, its mayor said.

Wood River is seeking $2.5 million towards the estimated $6.5 million cost of a new recreation center in its main park.

The city submitted its application for the funding in January. The new structure is proposed to be built on the site of the demolished aquatic center.

But the application includes images of the park with the statement that "Roundhouse, Shelter, and playground to be removed for site development."

This does not mean that the near 95-year-old Roundhouse, one of the oldest buildings in the city, will be removed as part of the development of the recreation center, Mayor Cheryl Maguire told the Record.

It was included to enhance the application and relates to "potential future developments," the mayor explained, adding that the grant application is solely for the proposed new recreation center and "does not say anything about demolition" of the Roundhouse.

"It was included to show what our possible future outdoor activities would look like," Maguire said. "Nothing has been determined and there is no final decision."

The mayor said a freedom of information request must be submitted in order to see the entire more than 70-page application.

The proposed recreation center, and application for funding under the Illinois Park and Recreational Facility Construction Program (PARC), is not on the agenda of Monday's city council meeting, Maguire said.

But activists who want to see the Roundhouse listed as an historic building, constructed with Standard Oil money in 1926, were planning to voice their concerns based on the references within the application.

"I think most agree that a recreation center like what the model developed by the YMCA would be a nice addition to the community," Plank told the Record.

"But at what cost is the City willing to build and operate a recreation center on their own? Why is it being moved to the top of the priority list?  I hope that flooding concerns and $22 million in pension debt aren't taking a back seat."

Want to get notified whenever we write about Wood River City Council ?

Sign-up Next time we write about Wood River City Council, we'll email you a link to the story. You may edit your settings or unsubscribe at any time.