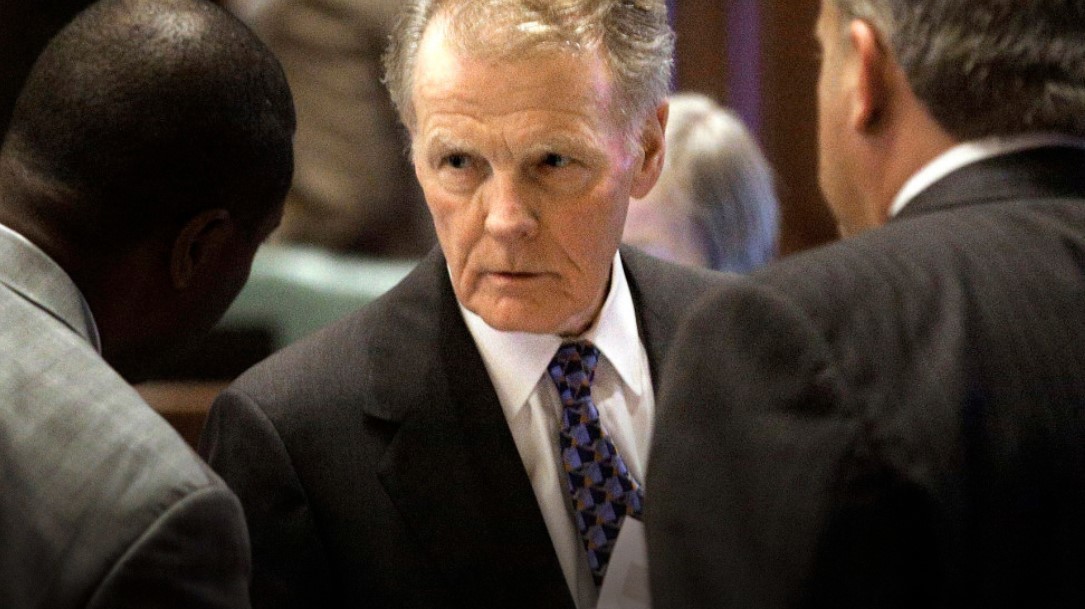 Filmmakers John Davies and Brian Kallies last year held screenings across the state of their documentary on Illinois corruption, titled “Lincoln is Crying.”

Abraham Lincoln would have turned 211 years old Wednesday. It’s his party and he’ll cry if he wants to.

Two new analyses underscore how large corruption truly looms over every move in Springfield, whether or not the former president is shedding tears in the afterlife. And they point toward a path forward.

First, investigators at ABC 7 Chicago dug through federal figures on public corruption convictions for all 50 states. No. 1 on the list was Illinois, with 891 convictions since 2000.

That doesn’t include gas tax and “fair tax” champion Martin Sandoval, the former Democratic state senator from Chicago who pleaded guilty to bribery charges in January. Sandoval was charged with taking more than $250,000 in bribes, including some from the red-light camera industry in exchange for protecting its interests at the Statehouse.

“We’re all aware of the dark cloud that hangs over the state of Illinois,” Naperville Republican state Rep. Grant Wherli told reporters, “particularly this capitol, with the massive ongoing federal investigation into political corruption.”

A common misconception in Illinois is that voters are numb to this reality.

But polling released this week, commissioned by the Illinois Education Association, shows that’s not true.

Respondents were asked how important an issue was to them on a scale of 0-10, where 0 means not a priority at all and 10 means it is a top priority. More than two-thirds of respondents, 69%, “ranked cleaning up corruption in state government” as a perfect 10, with 85% ranking it as an eight, nine or 10.

Those are higher marks than “having high quality public schools,” “reducing crime,” “balancing the state budget” and “lowering taxes.”

Especially notable is that the poll was conducted in March 2019, well before the corruption indictments of Sandoval, state Sen. Tom Cullerton, D-Chicago, and state Rep. Luis Arroyo.

The poll’s partisan breakdown leaned a little to the left, with 43% of respondents leaning Democratic, compared with 35% Republican and 21% independent.

But clearly, Illinoisans across the political spectrum know curbing corruption is critical. They just need solutions to rally behind.

Illinoisans who want to make a difference should call their local lawmaker and ask them to support these bipartisan plans. All should be passed and signed into law.

But remember, Illinois’ corruption problem is the worst in the nation. So on top of these reforms, the state needs the toughest anti-corruption laws in the nation. Those would require changes like fair legislative maps, fixing House Speaker Mike Madigan’s autocratic House rules and establishing independent scoring on capital projects, to name a few.

One step every Illinoisan can take in November to curb corruption is to vote against the progressive income tax hike, dubbed the “fair tax” by its supporters.

While sold as a plan to soak the rich, the wording of the constitutional amendment grants broad new taxing powers to the same state lawmakers who have seen multiple colleagues go down on corruption charges in recent months. Denying them a $3.7 billion tax hike sends a clear message that taxpayers aren’t willing to send a blank check for business as usual.

To those discouraged by endless corruption headlines in Illinois, who feel as though nothing can be done, heed Lincoln’s words.

“Adhere to your purpose and you will soon feel as well as you ever did,” he wrote. “On the contrary, if you falter, and give up, you will lose the power of keeping any resolution, and will regret it all your life.”