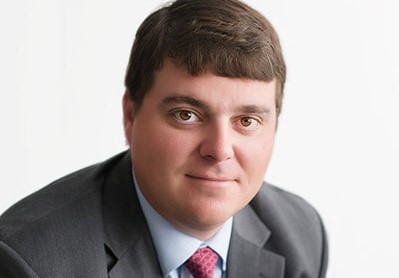 BENTON – Close to 40 drug makers, distributors and pharmacists face a proposed class action lawsuit from labor unions accusing them of involvement in delivering heart medications contaminated with an alleged carcinogenic.

Employers and Laborers Locals 100 and 397 and Steamfitters Local 439, all based in Edwardsville, are the latest to file suit following a Food and Drug Administration (FDA) warning and recall of valsartan, the generic name for a range of branded medications made by several drug companies.

The lawsuit has its roots in the discovery that valsartan manufactured by Chinese drug maker, Zheijiang Huahai Pharmaceutical, contained N-nitrosodimethylamine (“NDMA”), a probable human carcinogen.

Several actions are ongoing in various parts of the country, and the unions are seeking class action certification for their suit against the Chinese company and others including, Indian-headquartered Mylan, Walgreens, CVS, Walmart, and Express Scriots, a pharmacy benefit manager (PBM).

Zheijiang Huahai Pharmaceutical, which has U.S. offices in New Jersey, did not respond to a request for comment but has previously said it has no comment to make on the lawsuits.

According to the present lawsuit filed in the U.S. District Court for the Southern District of Illinois, valsartan is a generic name for the Diovan, Diovan HCT, Exforge, and Exforge HCT, which are used to treat blood pressure and heart failure.

The unions are seeking to recover for the economic harm caused by the defendants as a result of monies paid for the alleged adulterated, misbranded, and/or unapproved valsartan that was illegally manufactured, sold, labeled, marketed and distributed in the United States, according to the lawsuit.

"Defendants knew or had reason to know that their VCDs were adulterated, misbranded, not FDA-approved, and would increase the risk of cancer to users," the suit alleges.

On July 13, 2018, the FDA first alerted providers and users of a voluntary recall of the various drugs due to the presence of NDMA, which was above the level of acceptable and reasonably safe, according to the government agency.

The defendants are accused of breach of warranties, fraud violation of state consumer protection statutes, unjust enrichment and negligence.

The plaintiffs, on behalf of all those similarly situated throughout the country, are represented by David Cates of Cates Mahoney in Swansea, Charles J. Baricevic of Chatham & Baricevic in Belleville, as well as law firms from Pennsylvania, Pittsburgh and Washington D.C.