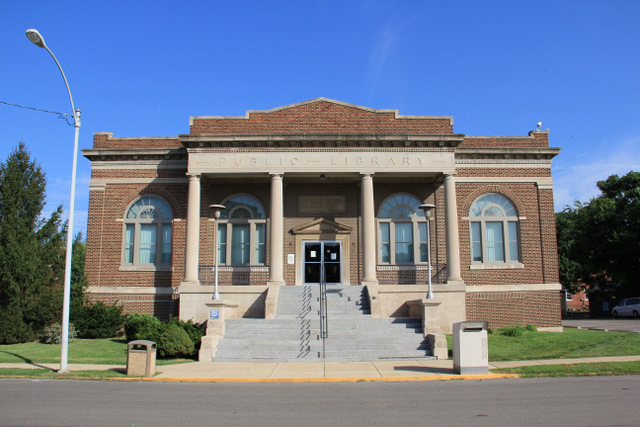 EDWARDSVILLE - A building contractor claims its insurance company's reason for denying coverage to defend against a lawsuit was "preposterous," according to a new lawsuit filed against the insurer.

The insurance company is accused of breach of contract as well as "vexatious and unreasonable" behavior by denying the claim.

K & L were the general contractors on a project at the library and paid an insurance premium of $137,206 to cover the period from July 2013 to July 2014.  It was renewed through July 2017, according to the complaint.

In September 2016, the district filed suit against K&L claiming the elevators, installed by a sub contractor, did not work.

The general contractor passed the complaint on to Erie Insurance believing the company would cover the costs of the defense and the damages if the plaintiff was successful, according to the complaint. The insurance company denied the claim.

"We are unable to comment on pending litigation," Raychel Adiutori, of Erie Insurance, told the Record.

Erie argued that, under the policy, it would cover property damage linked to an occurence, the suit notes.

But K&L countered that the policy agreement states that the insurer is legally obligated to cover the "unintentional damage to property of others" and that it specifically says that this includes work carried out by a sub contractor.

Erie's denial is "preposterous and demonstrates reckless disregard" for K&L's rights, the suit states. The plaintiff adds that the company was "simply abandoned" by its insurer.

The plaintiff also argues that Erie failed to address the arguments as late as Jan. 22.

The company is seeking $165,000, plus compensation in an amount the court might decide.

The plaintiff is represented by Thomas W. Burkart of Burkart Law Offices in Hamel.