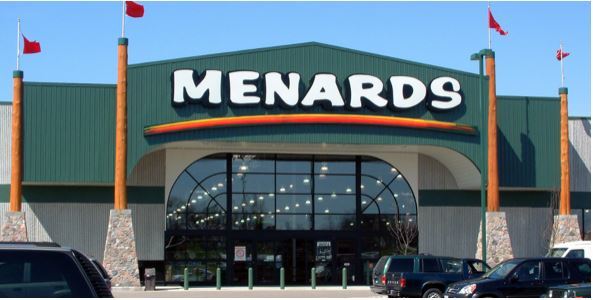 Menards argues that a man caused his own injuries when he slipped and fell on snow and ice in the parking lot that was “clearly obvious.”

Joseph Quirin filed the lawsuit against Menards on Nov. 26. He claims he was visiting the O’Fallon Menards on Central Park Drive on Jan. 19, 2018. He was allegedly walking from his vehicle to the store entrance when he slipped and fell “due to an unnatural accumulation of ice.”

As a result, Quirin claims he suffered internal and external injuries.

The plaintiff alleges Menards failed to clear the ice or warn customers of the condition, and failed to maintain the parking lot.

He also alleges the defendant “carelessly and negligently attempted to hire an outside entity to perform snow plowing and de-icing when it knew or should have known that said outside entity did not have the experience, training, education and/or knowledge to perform said duties in a proper and timely fashion.”

In its affirmative defenses, the defendant argues that the precipitation existing in the parking lot at the time of Quirin’s fall was a natural accumulation of ice and snow, barring him from recovery.

The defendant argues that Quirin contributed to his own injuries by failing to keep a good and proper lookout while walking in the parking lot and failing to observe and avoid the natural accumulation of ice and snow.

Menards also argues that the ice and snow was “clearly visible and was ‘open and obvious’ to plaintiff.”

“Defendant had no reason to believe the plaintiff would not observe and take necessary steps to avoid the snow and/or ice as he exited from his vehicle and proceeded to the entrance of defendant’s store. F

“Furthermore, defendant did not have any reason to believe that the water constituted a ‘dangerous condition’ to its patrons, including the plaintiff,” the answer states.

On Jan. 21, Quirin responded to Menards’ affirmative defenses, denying each and every allegation against him.

Quirin is represented by Brady McAninch of Hipskind & McAninch LLC in Belleville.