93 of Illinois' 102 counties have lost population since 2010; St. Clair, Madison among biggest losers 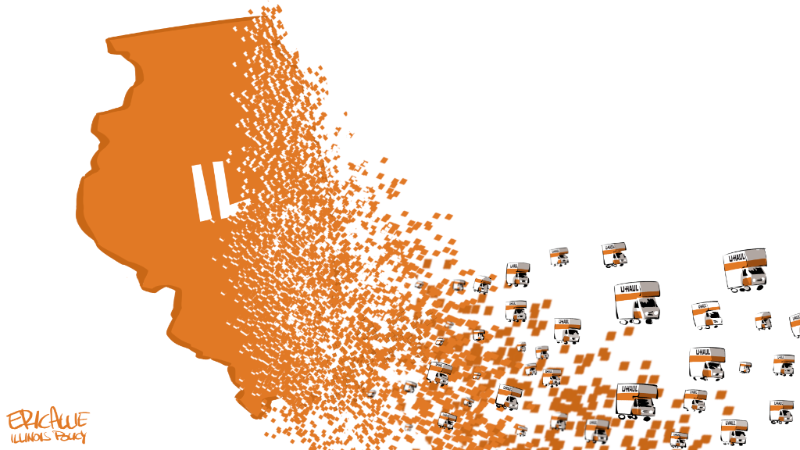 Illinois has lost more population than any other state in the country and it was one of just four states to shrink since 2010. The other three states were West Virginia, Connecticut and Vermont. By comparison, states like Indiana added 200,000 to its population, while fast growing states like Tennessee and South Carolina added more than 400,000 each. Florida, Texas and California have added millions to their populations since 2010.

Illinois’ population loss across so many counties is a reflection of the state’s outlier status on many of the nation’s economic, demographic and financial measures. Illinois has the nation’s most costly pension crisis, one of the highest tax burdens, falling real home prices and a general lack of economic opportunity. It’s also one of the most corrupt states in the country. 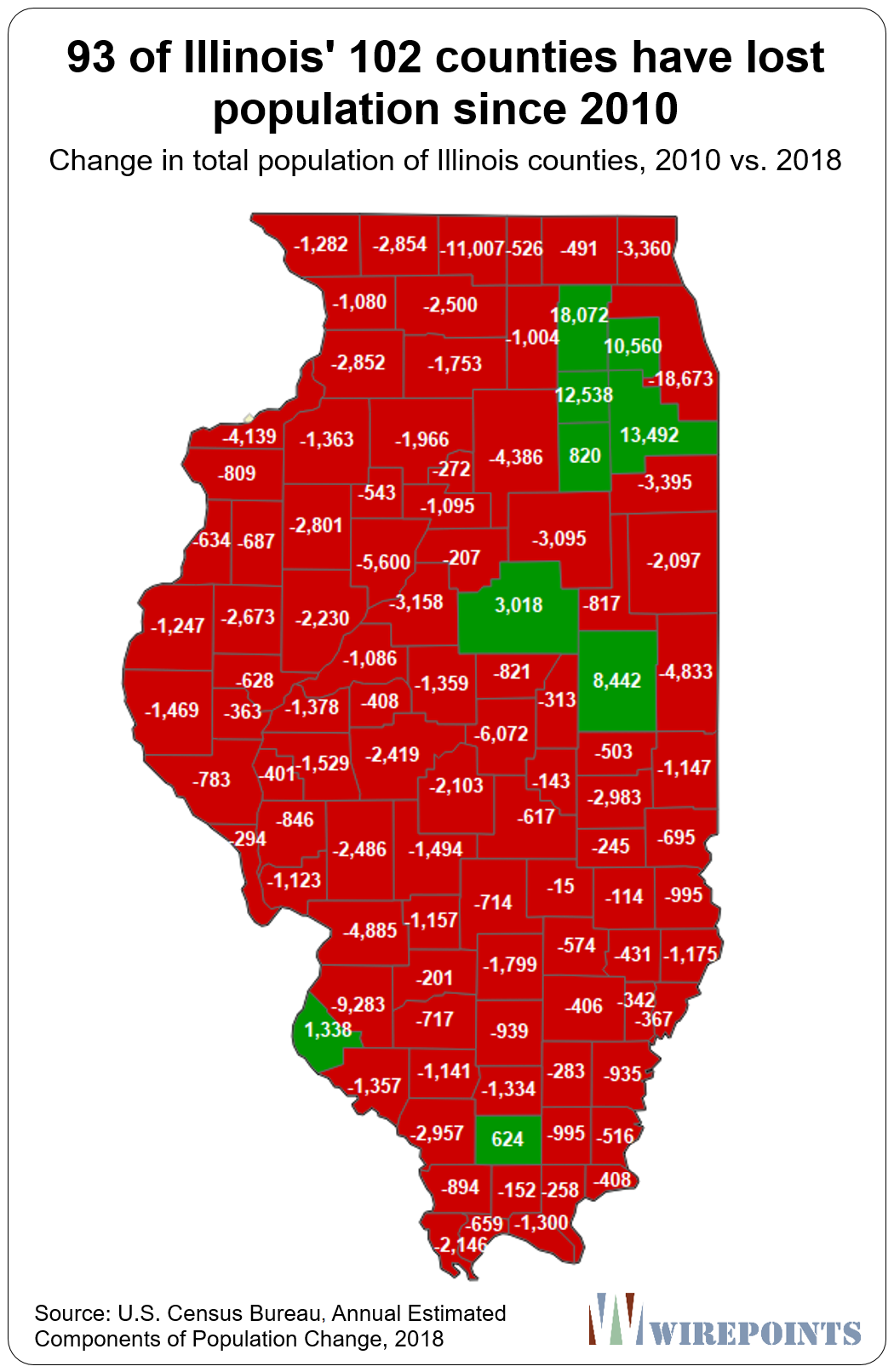 At the other end, only nine of the state’s 102 counties managed to gain population over the period. Kane County grew by 18,000, largely offsetting Cook County’s losses. Another collar county, Will, gained 13,500. Kendall County was next with an increase of 12,500.

The only other counties to show growth were DuPage, Champaign, McLean, Monroe, Grundy, Williamson – just nine counties in all.

Collectively, Illinois’ downstate counties have suffered the worst loss of population, by far. The whole region lost nearly 120,000 people between 2010 and 2018 – more than 2.5 percent of its total population.

However, that increase was largely at the expense of Cook County. Previous migration data shows many new collar residents come from Cook County.

A 0.4 percent loss may not sound like much, but compared to the nation’s largest counties, Cook County is an outlier. Wirepoints analyzed the population change for the nation’s 50 most populous counties and found that Cook was one of just seven counties to lose population since 2010.

Think whatever you want about Illinois politics, but it's being categorically rejected year after year by far too many residents.

Until the state’s policies are flipped on their head – until Illinoisans finally get the big pension and spending reforms the state desperately needs – expect many more to uproot their lives to find opportunities elsewhere.