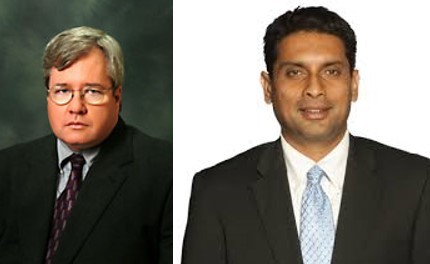 BENTON – Mounting a rail car turns a steel mill employee into an employee of both the mill and the owner of the car, lawyers argue in a wrongful death suit.

They seek damages for the estate of US Steel employee Tyler Dagon not only from US Steel but also from BNSF Railroad.

BNSF had no track, engine, or employee at the Granite City mill when Dagon died.

Roy Dripps of Maryville filed the suit in Madison County in March, under the Federal Employer Liability Act.

Congress passed it in 1908, to reduce deaths and injuries among railroad workers.

It precludes federal jurisdiction if a plaintiff chooses state court.

Dripps asserted in the complaint that although US Steel nominally employed Dagon, he was an employee of BNSF for purposes of the Act.

He wrote that the railroad owned the car Dagon boarded or attempted to board.

He filed a count against each defendant under the Act, and two common law counts against the railroad.

In April, US Steel and BNSF jointly removed the suit to district court.

US Steel counsel Bharat Varadachari of St. Louis moved to dismiss it, arguing that US Steel wasn’t subject to the Act since it’s not a common carrier.

He wrote that the appellate court specifically held that rail operations at the mill didn’t constitute operations of a common carrier.

BNSF counsel Sean Sullivan of Chicago moved for summary judgment against claims under the Act.

He denied Dagon was an employee, borrowed servant, dual servant, or subservant.

He separately asserted as an affirmative defense that Dagon carelessly attempted to mount or dismount moving equipment.

In May, the estate moved to remand the suit to Madison County.

In September, Senior District Judge Phil Gilbert ordered the estate to supplement the motion by Nov. 15.

Dripps associate Michael Blotevogel filed a supplement with 21 exhibits, and Gilbert sealed it all.

In December, defendants responded on the public docket.

Sullivan wrote for the railroad that neither crafty wording nor frivolous invocation of the Act bars removal.

He wrote that US Steel trained Dagon and paid his wages and benefits.

“No principle of law allows a US Steel plant rail employee to claim employee status with a railroad that never entered the plant or engaged with US Steel employees.”

Varadachari wrote for US Steel that evidence established the claims under the Act were without factual or legal merit.

He wrote that Blotevogel claimed in the supplement that U. S. Steel was a common carrier through its wholly owned subsidiary Transtar.

“Plaintiff cites to no evidence that shows U. S. Steel had any duty to manage and operate Transtar,”

Gilbert has set trial in October.