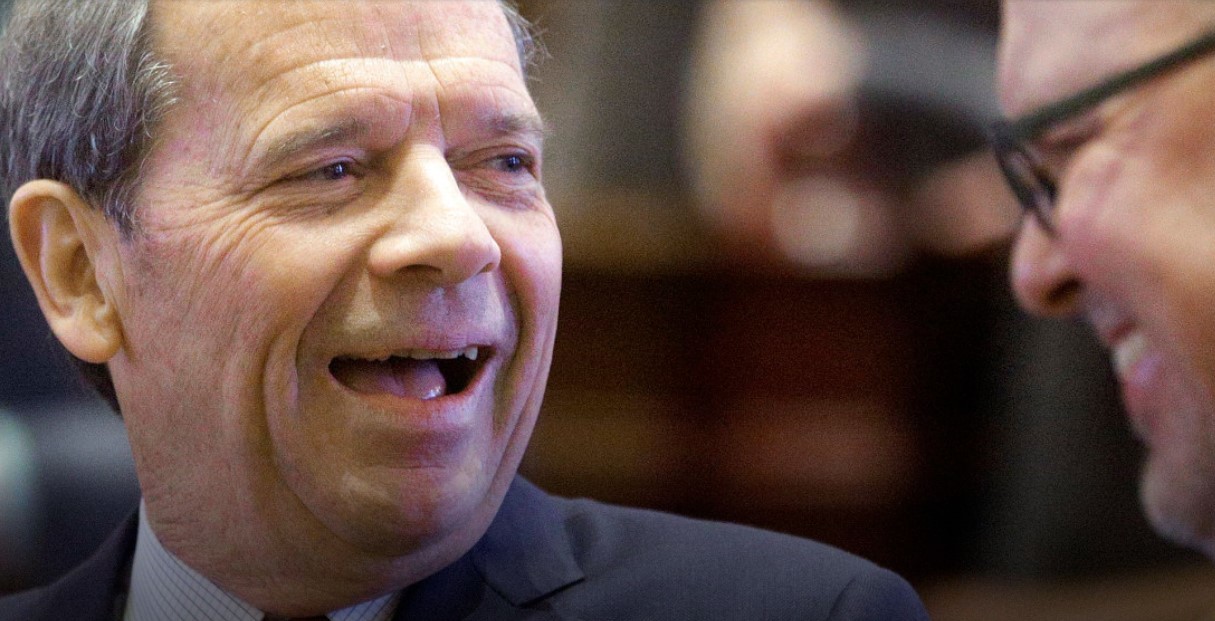 Illinois’ second-longest serving lawmaker announced Nov. 14 that he will retire in January 2020.

But the departure of Senate President John Cullerton, D-Chicago, highlights one example of how pension sweeteners Illinois lawmakers passed decades ago are putting taxpayers on the hook for extravagant benefits today.

Cullerton is set to receive more than $2 million in state pension payments over the course of his retirement, should he live to age 85. He will take home nearly $4.2 million if he lives to age 95, which is $1.3 million more than he would have received without the special sweetener.

Here’s how it works:

Cullerton’s starting annual pension will be nearly $83,000, which is 85% of his final salary of roughly $97,600 a year. For most state retirees, the next year of retirement would come with a 3% automatic pension increase, bringing Cullerton’s pension to $85,500 a year.

How? For each year he served at the Statehouse since 2003, when he turned 55 years old, Cullerton received an extra 3% increase to his eventual pension payment. After retirement, all of those increases are then applied to Cullerton’s pension as part of his first cost-of-living adjustment.

Should Cullerton retire in mid-January, he will have collected 3% increases for 17 years, good for a 51% pension boost. That will stack on top of his automatic first-year adjustment of 3%, coming to a total pension hike of 54%, according to his pension fund’s response to Freedom of Information Act requests. After that, he will continue to see a 3% bump each year.

This little-known benefit comes from a 1989 bill sponsored by former state Sen. Emil Jones Jr., which allows lawmakers who were elected prior to 2003 to hoard pension “spikes.” Cullerton, who was House Speaker Mike Madigan’s floor leader in the House at the time, was a member of the committee that finalized the bill. It passed both chambers with bipartisan support.

“(F)or those members of the General Assembly right now who … have maxed out … they are still contributing to that retirement system,” Jones told his colleagues at the time, according to the Chicago Tribune. “So all this does is give them a little 3% on their own money.” He was referring to lawmakers who had already maxed out their pension at 85% of their salary.

The same bill established a 3% automatic cost of living adjustment for all retired state workers and Chicago city workers. This benefit alone doubles a retiree’s pension in just 25 years. Even without the special sweetener provision, the 3% automatic benefit increases would bump Cullerton’s annual pension to more than $120,000 by the time he turns 85.

Illinois public employees and lawmakers pay into their pension systems over the course of their careers. But those contributions are quickly recouped, and often pale in comparison to the benefits.

Over his 40-year career in Springfield, Cullerton contributed a little over $277,000 to the General Assembly Retirement System. He will make back that entire contribution in less than three years. The pension deals offered to other workers have been just as generous, if not more so.

The average retired Chicago public school teacher makes back his or her career pension contribution after just five months of retirement.

The average career employee (30 years of service or more) in the Illinois State Employees’ Retirement System retires at age 56 and takes home a lifetime pension benefit of $1.7 million, while contributing just $54,700 over the course of his or her career.

The average career employee in the Illinois Teachers’ Retirement System retires at age 57 and takes home a lifetime pension benefit of $2.3 million, while contributing $113,500 to the system over the course of his or her career.

Pension reform is politically difficult. Lawmakers must level with retirees and residents about the reality of these benefits. But it is possible. And desperately needed.