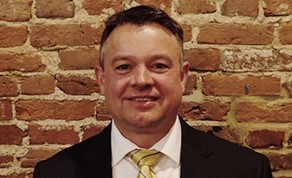 He found plaintiff Marion Health Care Center couldn’t establish that the hospital’s conduct injured the market or damaged the center.

He submitted his report to his successor, Magistrate Judge Mark Beatty.

Lawyer Thomas Pliura of Leroy, Ill., filed the suit against the hospital and Blue Cross Blue Shield in 2012.

Pliura, also a physician, held ownership and management interests in his client.

He challenged an exclusivity provision in its contract with the hospital.

District Judge Staci Yandle dismissed claims against Blue Cross Blue Shield in 2015, finding antitrust claims couldn’t be brought against a buyer of the service at issue.

She denied a motion to dismiss claims against Southern Illinois Health Care.

In 2016, with Williams managing discovery for Yandle, Pliura and hospital counsel Stephen Wu of Chicago consented to his assignment as presiding judge.

Williams presided until last December, when he resigned and joined the firm of Kuehn, Beasley and Young in Belleville.

Beatty replaced him as magistrate in January.

In February, Beatty appointed Williams as special master at $425 an hour.

Williams picked it up where he left it off and reached a decision in nine months.

He wrote that Marion Health Center began operating in 2004, and at no time did it have a network contract with any insurer.

“Marion Health Care operated on an out of network basis by attempting to collect on higher charges to insurers and direct payments from patients,” Williams wrote.

According to his order, Marion Health Care’s procedures with Blue Cross Blue Shield patients dropped from 580 in 2008 to 46 in 2015. The hospital wanted to exclude Marion Health Care and other surgery centers because it didn’t want the centers to take high margin business.

“In order to meet its burden, Marion Health Care must show that Southern Illinois Hospital inflicted an injury on the market,” Williams wrote.

“It is not enough to show that Marion Health Care lost a volume of business or revenue to its competitor Southern Illinois Health Care.

“Marion Health Care must show that Southern Illinois Health Care’s conduct had the effect on the market of raising prices or decreasing output.”

He wrote that Marion Health Care contended that the hospital’s rates to payers were higher than rates payers received from hospitals in most Illinois markets and that this overstated the testimony in the record and implied a connection between prices and the hospital’s conduct for which there was no proof.

He wrote that without any analysis it was impossible to draw conclusions about causes of differing prices between Southern Illinois and other markets.

“This also makes it impossible to draw any connection at all between Southern Illinois Health Care’s exclusive contracts and the effect on prices generally as compared to those in other markets,” he wrote.

“Marion Health Care has not even attempted to show that prices increased generally in Southern Illinois because of the exclusives.

“The fact that insurers began tightening down through a variety of mechanisms that steered patients away from the use of out-of-network facilities is not in dispute.”

He wrote that in the absence of exclusivity provisions, Marion Health Care still wouldn’t have contracted with Blue Cross Blue Shield.

“At every turn it has chosen to remain out of network,” he wrote.

He separately granted summary judgment on all claims due to flaws in a damage report of economist John Bowblis.

He found it totally unmoored from the allegations and wholly unreliable.