Leaving Illinois: Does anybody care about people like us? 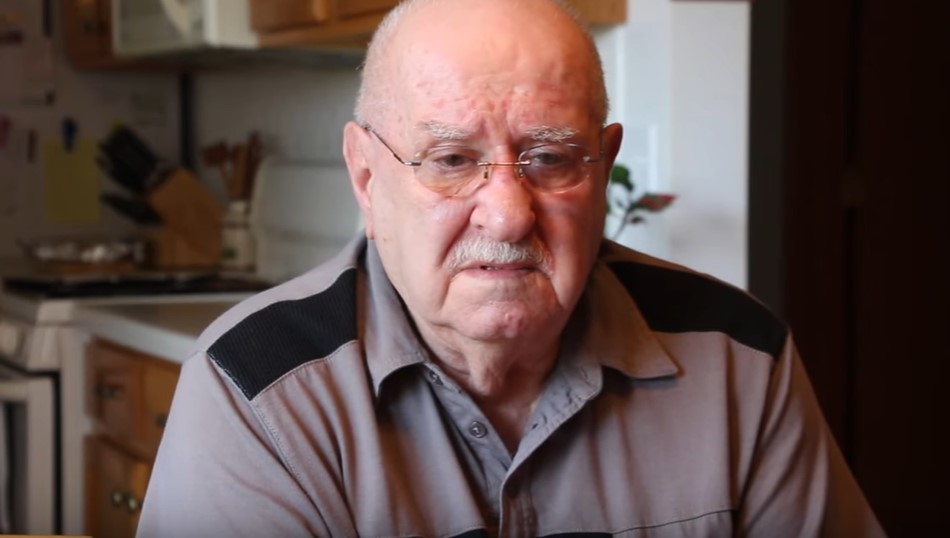 Don and Paula Parker aren’t your typical seniors. After living the last 20 years in Florida, they recently retired to Illinois.

The Parkers were born and raised in Rockford, Illinois. Don ran a house painting business in the Rockford area for many years while Paula worked in an unemployment office. In their late thirties they moved to northern Wisconsin, where Don was in law enforcement. And fifteen years later, they moved to Florida where Don was self-employed as a handyman and Paula worked full-time in health care.

When it was finally time to retire, they decided “to come home” to be nearer to family. In 2016, they left sunny Florida for a place in Poplar Grove, Illinois, just outside of Rockford. Now, three years later, they’re experiencing buyer’s remorse. Not because of the weather, but because they don’t know if they can afford to stay in Illinois.

“We decided to move back. So I started researching, and I usually check things out pretty thoroughly. The only thing I didn’t do was check into the political factors in the state, and I wish I had. Because after being here for three years I now see that I would’ve never come back – never – with the political situation the way it is.”

“We’re getting by right now, kinda barely. But it seems like no one cares about people like us, seniors and lower-income people, when it comes to all these new taxes and rising fees."

Don reached out after attending a townhall in Rockford where Wirepoints and the union-backed CTBA debated Gov. J.B. Pritzker’s proposed progressive income tax. He was frustrated by the pro-tax arguments he kept hearing.

When we met with Don, it became obvious he follows closely what goes on in the statehouse. He pulled out a long list of tax hikes that the state and his local governments are planning.

He opened up with Illinois’ recent 19-cent gas tax hike and then proceeded to reel off the rest of them. “We’re talking about the bag tax, a progressive tax, a rain tax, a mileage tax, a TV tax, a beer and tobacco tax, a farm tax, a parking tax, a car trade-in tax…”

“It’s concerning to people like us. And it’s not just me. It’s many other seniors we’ve talked to and some lower income people. They don’t know what they’re going to do, they can’t plan for the future. Can they stay, do they have to leave the state? And we’re in that same boat, we don’t know either.”

All those new taxes would pile on top of the burden Illinoisans already pay, one of the nation’s overall highest burdens, according to a recent analysis by Wallethub. 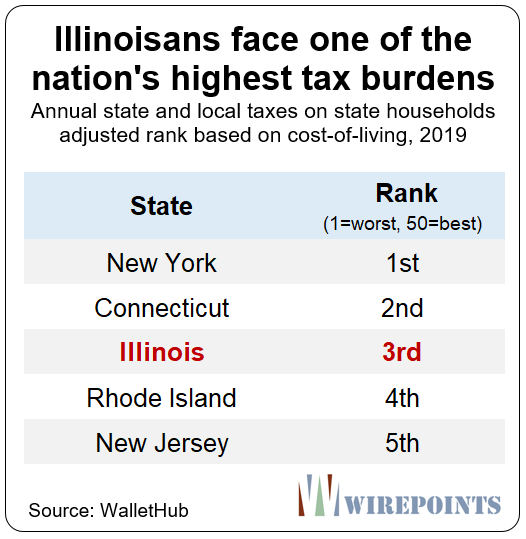 The tax situation is impossible for many across the state. Illinoisans already pay the nation’s second-highest property taxes when based on home values.

As for Gov. J.B. Pritzker’s progressive tax panacea, Don doesn’t buy into the governor’s promises. “To me, if anybody swallows that bait hook, line and sinker, they need to do some fact checking. It’s not as rosy as they present it…if you look down the road a little bit.”

What disappoints Don the most is how politicians seem to ignore struggling seniors. He’s sent messages to Gov. Pritzker and House Speaker Mike Madigan in the past, asking them what he and Paula should do. Don hasn’t gotten a reply, not even automatic email response.