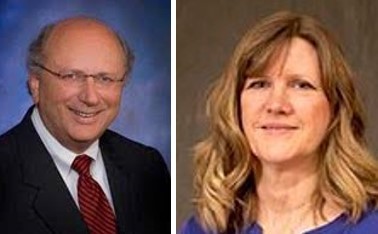 An economic development organization is asking its members to support renewal of the contract for Lewis & Clark Community College’s president, who has drawn criticism from newer members of the college board, in part because of his $337,000 salary.

The letter, which includes the names of the group’s 40 directors, was sent to media outlets. It calls for group members to attend a college board meeting Tuesday, when a vote is expected on Chapman’s contract, and it encouraged members to call trustees who serve on the college’s seven-member board. The trustees’ phone numbers are listed.

The letter praises Chapman for growing the college, securing $200 million in grants for the college, expanding education programs and lowering property tax rates.

Along with Chapman’s salary, his annual benefits are valued at $120,178, along with annuities of $49,542, according to the Illinois Community College Board.

A close vote is expected on renewing Chapman’s contract, which went into effect in 2015 and runs to June 2020. Under the terms of the contract, it will automatically be extended one year unless the board votes by Oct. 31 to end it. The board’s final meeting before the Oct. 31 deadline is Tuesday.

Recent elections have given the seven-member board a voting bloc of four trustees who are considered fiscally conservative.

We are invested in LCCC’s continued success and strongly believe its continued growth depends on the reappointment of Dr. Chapman as president. Since he was hired in 1992, he has been directly responsible for establishing LCCC as one of the premier, two-year higher education institutions in Illinois.

Through LCCC’s GED, adult education and technical skills program, associate degree programs and certificates in 40 career paths, LCCC annually educates 13,000 students who many of our members later hire. It additionally offers a variety of programs accessible to the almost 220,000 residents in the district. Based on publicly available data and analysis for the Fiscal Year 2014-2015, LCCC represents 4.7% of the regional economy and has an overall economic impact of $369.4 million on our community.

Dr. Chapman has been a catalyst for LCCC’s growth, including significant educational program expansions while impacting businesses, civic organizations and residents in the region through training and job creation.

In addition to the growth of LCCC, Dr. Chapman has been pivotal in the fiscal stewardship of the college, ensuring it operates effectively for its students and faculty and efficiently for district residents and businesses so they are not overburdened by taxes. The strong growth and innovative programs have been achieved by taking advantage of a variety of investment opportunities, such as debt financing for buildings and technology, 70% of which will be paid off within 10 years. This includes the acquisition and renovation of the N. O. Nelson Campus in Edwardsville which saved and continues to save the Edwardsville Community Unit School District 7 taxpayers millions of dollars each year through joint use of facilities.

The above information demonstrates how Dr. Chapman has served as a good fiscal steward for the college, and that he has been fiscally responsible in managing its assets to ensure its stability for years to come. Because of his outstanding management, the college has fulfilled its obligations to educate the region’s students, not overburden the taxpayers, and give the district residents access to unique programs offered through LCCC’s eight locations in Alton, Bethalto, Carlinville, East Alton, Edwardsville, Jerseyville, the 100% grant-funded East St. Louis campus and its main campus in Godfrey.

Thousands of you have benefitted from the success of the college under Dr. Chapman’s leadership. We urge you as our fellow residents and businesses in District 536 committed to the continued growth and development of our region to call the LCCC trustees and ask them to renew the contract of President Dr. Chapman so he can continue the tremendous positive impact that LCCC has brought to our region under his leadership.

We also invite you to join us at the Oct. 8 Board of Trustees Meeting at 7 p.m. at the Advanced Technology Center in the Trimpe building on the LCCC campus to voice your support of Dr. Chapman, and that they should renew his contract.

Want to get notified whenever we write about RiverBend Growth Association ?

Sign-up Next time we write about RiverBend Growth Association, we'll email you a link to the story. You may edit your settings or unsubscribe at any time.