New conservatives on Lewis & Clark board could mean exit of $337,000-a-year college president 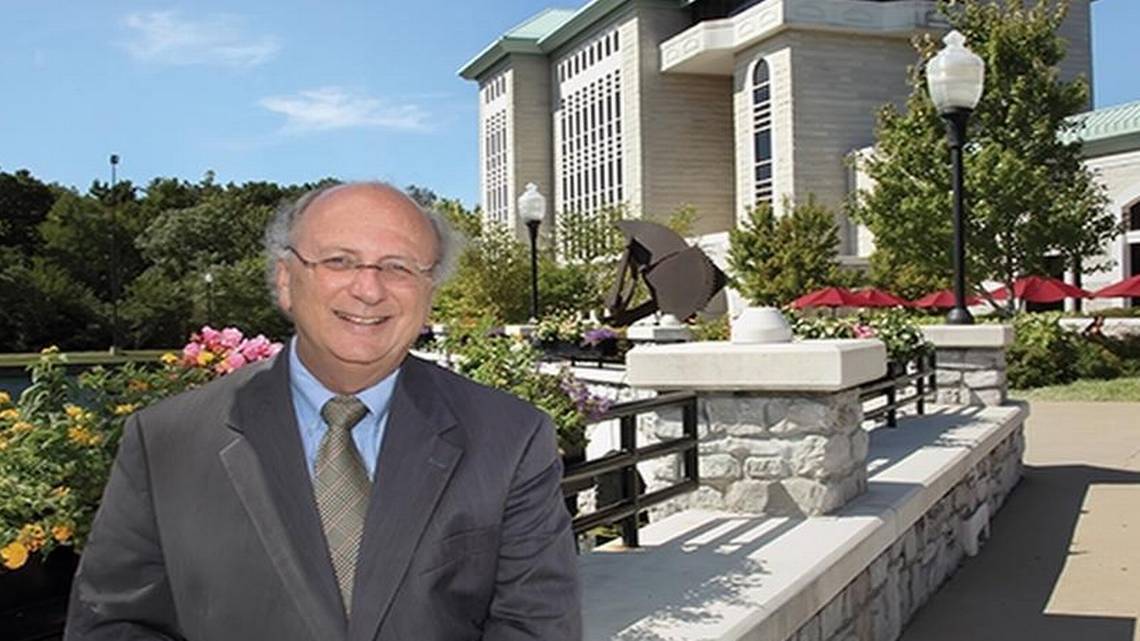 Some members of the college’s board of trustees are questioning those provisions of Chapman’s contract -- whether they align with a state law that went into effect in 2017, requiring government agencies to get documentation before paying out expenses for travel and lodging and meals. That questioning of the expense provisions comes just as the college board is gearing up to take a vote on whether to renew Chapman’s contract, which went into effect in 2015 and runs to June 2020. Chapman did not immediately respond to requests for comment.

Under the terms of the contract, it will automatically be extended one year unless the board votes by Oct. 31 to end it.

The board’s last meeting before the Oct. 31 deadline is Tuesday. A showdown on the contract is expected, especially since recent elections have given the seven-member board a voting bloc that is fiscally conservative.

According to the Illinois Community College Board, Chapman's annual benefits are valued at $120,178, along with annuities of $49,542.

Johnson said when she talks with constituents, they’re stunned at what’s paid to Chapman.

“They’re usually shocked and wondering why he would make so much. I guess that’s one of our challenges, figuring out whether that high salary is justified,” Johnson said. “It’s an area of concern.”

Chapman’s backers say his pay is justified because he’s able to secure state and federal grants worth millions, according to Johnson.

“If you ask the people who support him, they’ll say he’s worth it because of all the money he brings to the college,” Johnson said. “He’s been able to secure a lot of grants from the state and federal government, millions of dollars, and that’s how they justify it. It’s been said that if he’s not there, maybe that money won’t come in any more.”

Johnson said if the board does not extend Chapman’s existing contract but decides to offer him a new, renegotiated contract, she’ll want the board’s attorney to look into the matter of the expense accounts.

“I think that the law did change on that, and if we were to offer a new contract, that would be ran past the attorney to see if that's allowed anymore,” she said.

Johnson, an accountant, said in her opinion, the expense accounts are “just another way of saying salary.”

Johnson said it would be fair to say she and three other board members -- Kevin Rust, Charles Hanfelder and David Heyen -- are part of a voting bloc that is fiscally conservative.

In the spring election, Johnson, Rust and Hanfelder defeated three incumbents after campaigning on the issues of administrative salaries and property taxes.

“It must have resonated,” Johnson said.

Heyen was elected in 2017, and for two years, was often the lone dissenting vote on the board.

“You could say that we’re like-minded and we’re questioning decisions and scrutinizing how money is spent,” Johnson said.

The college board meeting is 7 p.m. Tuesday at the Ahlemeyer Atrium on the Lewis & Clark campus in Godfrey.

Johnson said she’s not sure how the vote will turn out.

Chapman, who holds a doctorate degree in education from Harvard, first joined Lewis & Clark in about 1990.

In 2010, Chapman retired from Lewis & Clark so that he could get access to his pension, then was rehired after two months. He said he had financial trouble at the time, due in part to a real estate deal that went bad. Chapman said he took a lump-sum payment of “about a million” for his pension. According to the State Universities Retirement System, the lump-sum payout was about $1.8 million.

Chapman in 2010 said he had to start over with his pension after he was rehired, but that he was “probably close” to being eligible for another pension.

Want to get notified whenever we write about Lewis and Clark Community College ?

Sign-up Next time we write about Lewis and Clark Community College, we'll email you a link to the story. You may edit your settings or unsubscribe at any time.