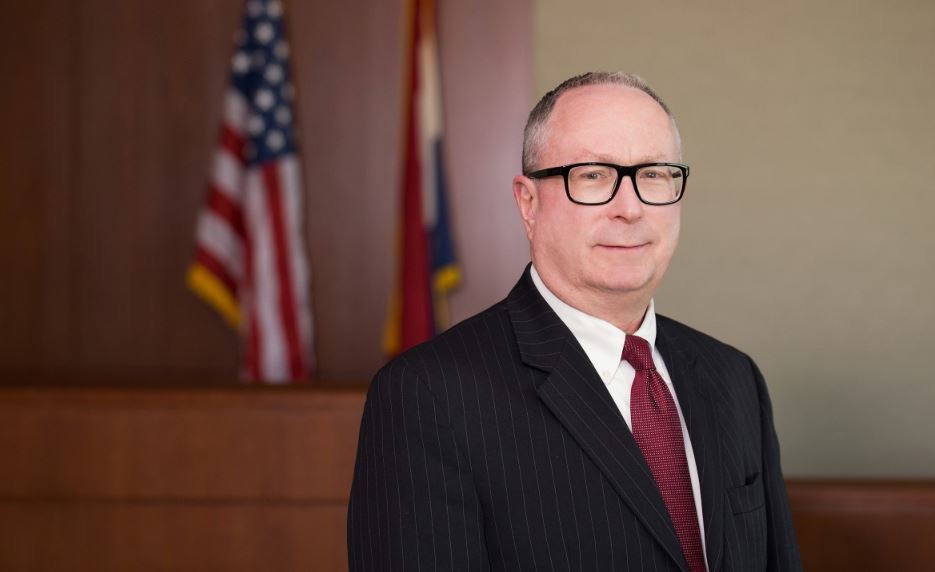 The question certified by Dugan asks whether Illinois’ public policy on punitive damages or the prohibition of punitive damages bar recovery of incurred punitive damages in a legal malpractice case where the client alleges that but for the negligence of the attorney in the underlying case, the jury would have returned a lesser verdict.

Dugan previously denied the defendants motion to dismiss and strike on June 3, which “involves a question of law as to which there is a substantial ground for difference of opinion and an immediate appeal from that order may materially advance the ultimate termination of the litigation.”

“An immediate appeal of the June 3, 2019 order may materially advance the ultimate termination of the litigation because the punitive damages at issue comprised the bulk of the damages that were awarded in the underlying case, and the early determination of the issue above will therefore likely determine whether the case can be resolved without the need for a trial.

“Further, an immediate appeal will promote judicial economy as this action is still in its early stages of litigation,” Dugan wrote.

The defendants filed their motion to reconsider or to certify the issue on June 24 through attorney Gary Meadows of HeplerBroom in Edwardsville, arguing that the court misinterpreted relevant case law when denying their motion to dismiss and strike the amended complaint.

They had filed their motion to dismiss and strike on April 12 in response to an amended complaint filed by plaintiffs Midwest Sanitary Service, Nancy Donovan and Bob Evans Sr.

In their motion, the defendants argued that the plaintiffs’ attempt to recoup punitive damages of the underlying jury verdict is improper.

They also argued that the plaintiffs failed to assert that the alleged negligence caused them to lose a defense that would have been successful.

The defendants further argued that counts I and II of the amended complaint are duplicative as they both allege negligence and seek to recover $225,000 in attorney’s fees for Crane and $218,932 in defense costs paid to Sandberg Phoenix.

In their motion to reconsider, the defendants argued that recovery of punitive damages are prohibited in legal malpractice cases.

They assert that the amended complaint “alleges only that the verdict would have been lesser or none, seemingly allowing the jury in this case a roving commission to speculate about what amount of punitive damages the original jury would have awarded had it heard additional evidence at the trial.”

“As noted by this court in its June 3 decision, it is ‘an invitation for speculation to ask a jury to decide whether the evidence, had it not been excluded, would have led the first jury to award a lesser or no amount in punitive damages.’ Yet that speculation is precisely what this court’s decision is endorsing,” the motion states.

The defendants argue that Dugan’s order denying their motion to dismiss comes with a “vast societal cost.”

“For defense lawyers, this will ‘result in increased professional liability insurance premiums or denials of coverage’ altogether.

“This may also effectively preclude or deter many lawyers from undertaking representation of defendants in controversial cases and ‘make it more difficult for consumers to obtain legal services,’’ the motion states.

The plaintiffs filed a response to the defendants’ motion to reconsider or certify the issue on July 25 through attorney George Ripplinger of Ripplinger & Zimmer LLC in Belleville.

“None of the cases hold that a lawyer’s malpractice must have cost the defendant in a case a complete defense to the action. None of them deal with loss of a defense to one element of damage in a case,” the response states.

However, the plaintiffs had no objection to the court certifying the case for immediate appeal to answer the question on recover of punitive damages.

According to the amended complaint, the plaintiffs claim the defendants were retained as counsel on April 20, 205 in a trial where Crane alleged he was wrongfully terminated.

Crane filed his suit in March 2014 (14-L-501). He alleged he worked as a truck driver for the Wood River company. He claimed he observed Midwest employees engaging in “unauthorized and illegal dumping and/or storage of toxic waste and other substances hazardous to the health and well-being of the public.”

On Nov. 18, 2015, the Environmental Protection Agency sent Midwest a letter noting the “numerous environmental violations” after Crane reported photos of the alleged violations to state regulators. Crane was terminated the same day.

Sandberg Phoenix took the defense over from the plaintiffs’ prior defense counsel in Crane’s case.

The one-week trial in Madison County Circuit Judge Dennis Ruth’s court ended on Nov. 17, 2015, after jurors returned a verdict awarding Crane $160,000 in compensatory damages and $625,000 in punitive damages for a total of $785,000. Evans and Donovan were only found to be liable for compensatory damages.

The plaintiffs in this case allege Gilbert responded in an email, “They will get nothing, of course, when the appellate court overturns the judgment.”

Donovan, Evans and Midwest Sanitary Service claim Gilbert reassured them that the appellate court would rectify “this miscarriage of justice.”

According to the Rule 23 decision by appellate justice Thomas Welch, the defendants sought a new trial following the verdict after a juror reached out to Midwest and the defendants’ counsel, suspecting juror misconduct and speculation based upon a testimony that had been excluded for improper disclosure.

According to the juror’s affidavit, the jury had concluded that a voicemail complaining of Crane’s behavior must have been fabricated because the customer never testified at trial.

However, the Fifth District Appellate Court affirmed the jury’s verdict and Ruth’s handling of the trial on May 26, 2017.

“Generally, a verdict may not be impeached by testimony or affidavits relating to the motive, method, and process of jury deliberations,” Welch wrote.

The appellate court concluded that the trial court did not abuse its discretion in concluding “jurors were not influenced and prejudiced by the juror misconduct to such an extent that they would not, or could not, be fair and impartial.”

In their complaint against Sandberg Phoenix, the plaintiffs allege their counsel failed to list all witnesses intended to be called at trial, resulting in six witnesses for defense being barred.

Then while the case was pending in the appellate court, the plaintiffs claim the defendants failed and refused to discuss potential settlement with opposing counsel. The defendants allegedly simply responded with “No” and failed to discuss or even inform their client.