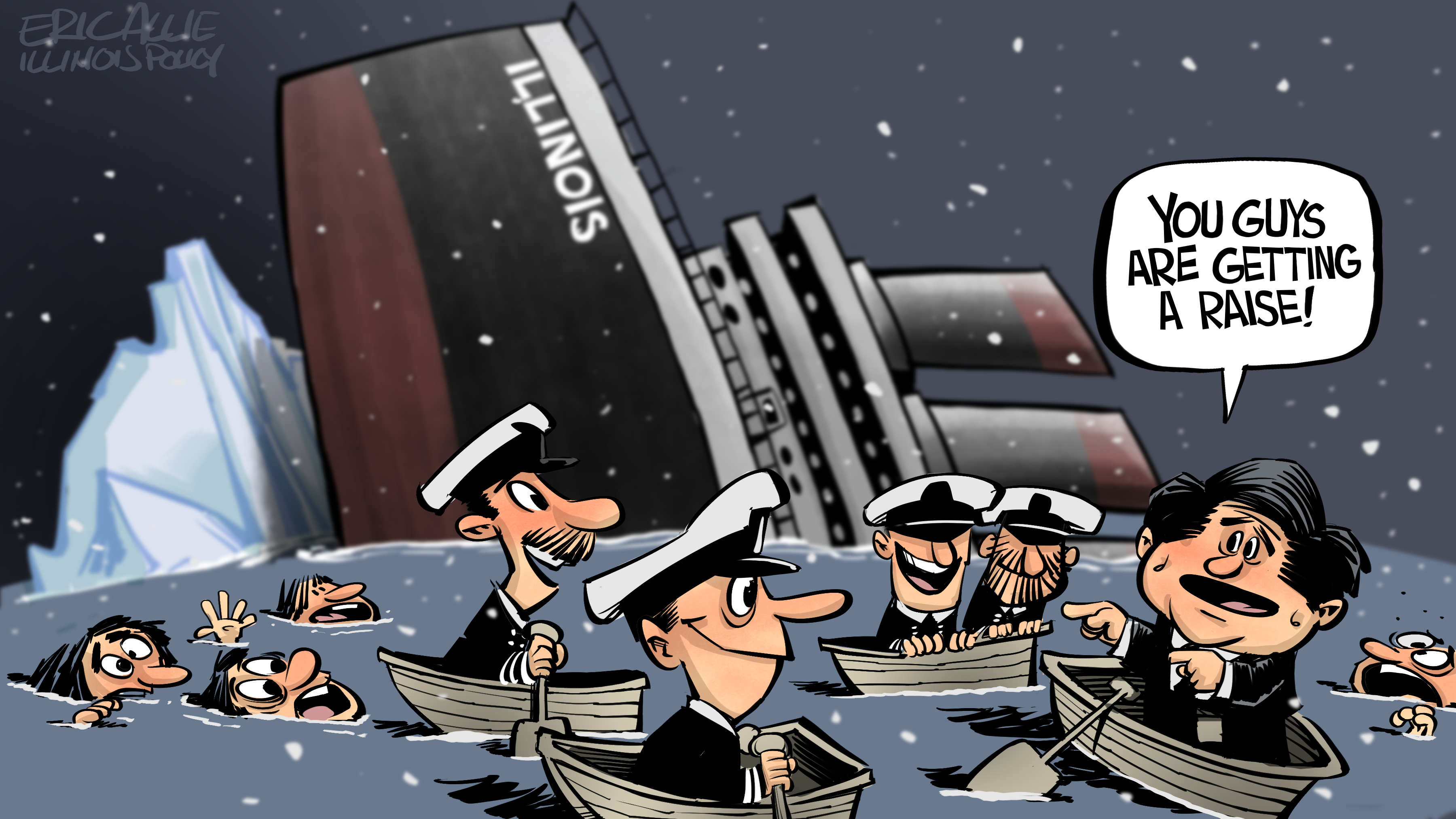 Ordinary Illinois taxpayers and state lawmakers will be greeted by opposite fiscal fates July 1.

That’s the date the state’s gas tax will double and state lawmakers’ paychecks will get fatter under Gov. J.B. Pritzker’s $85 billion spending plan. A portion of that plan is a $40 billion budget proposal the governor signed June 5, which includes $1,600 pay raises for all Illinois state lawmakers.

Illinois lawmakers will now take home a starting salary of around $70,000 for a job that requires about 70 days of legislative work in Springfield per year.

Serving as an elected official can be difficult. But rewarding oneself with a pay hike after decades of policy failures that have resulted in private sector jobs growth among the worst in the nation raises serious doubts from taxpayers.

Because lawmakers introduced and passed the budget so rapidly, the general public was unaware of the pay raises until after the Illinois House and Senate had voted on them.

More than 40 Republican lawmakers in the Illinois House of Representatives have signed on to a resolution opposing pay raises for lawmakers. State Rep. Tim Butler, R-Springfield, in a Facebook post wrote that House Speaker Mike Madigan refused to call House Bill 837, which would have axed the raises.

Illinois lawmakers already took home the fifth-highest base salary in the country as of 2016, according to an Illinois Policy Institute analysis.

Since 2008, state lawmakers’ annual salary had been held constant at $67,836. But that doesn’t include $10,000 committee chairmanship stipends, per diems, mileage reimbursements and other perks lawmakers receive for what is technically a part-time job. The General Assembly Retirement System, or GARS, costs taxpayers millions in annual bailouts, as it contains just 14.4 cents for every dollar needed to pay future benefits.

When taking those costs into account, Illinois taxpayers already pay their lawmakers 2.5 times over – once for their salaries and then the equivalent of 1.5 times salary for lawmakers’ pensions. In total, lawmaker compensation costs Illinois taxpayers more than $32 million a year.

After leaving Springfield, 58 former state lawmakers are collecting yearly pension payouts over $100,000, with 44 having accumulated over $1 million in total pension benefits, according to GARS documents compiled by the Institute. On average, the 58 former state lawmakers collecting six-figure pensions have accumulated nearly $1.5 million in total pension benefits, while averaging only $126,300 in total contributions.

While an income boost awaits the lawmakers who drafted the spending proposal, the opposite is true of those expected to pay for that spending.

Pritzker is poised to sign a separate $45 billion capital spending plan that would double the state’ gas tax to 38 cents from 19 cents per gallon. That tax hike would lift Illinoisans’ total tax burden on gas to second-highest in the nation, according to 2018 data from the Tax Foundation. Following the July 1 effective date, the gas tax will rise with inflation for an increase of up to 1 cent annually.

That record gas tax hike would come accompanied by a medley of other tax and fee hikes, including a $50 increase annual vehicle registration fees and a $1 tax hike on cigarette packs. Taxes on hourly or daily parking garage use would go up by 6%, on top of a new 9% tax on monthly and annual parking spaces.

In a state where residents pay one of the highest overall tax burdens in the nation, Illinoisans are justified in their frustration with a Statehouse that rewards itself while demanding more of taxpayers.