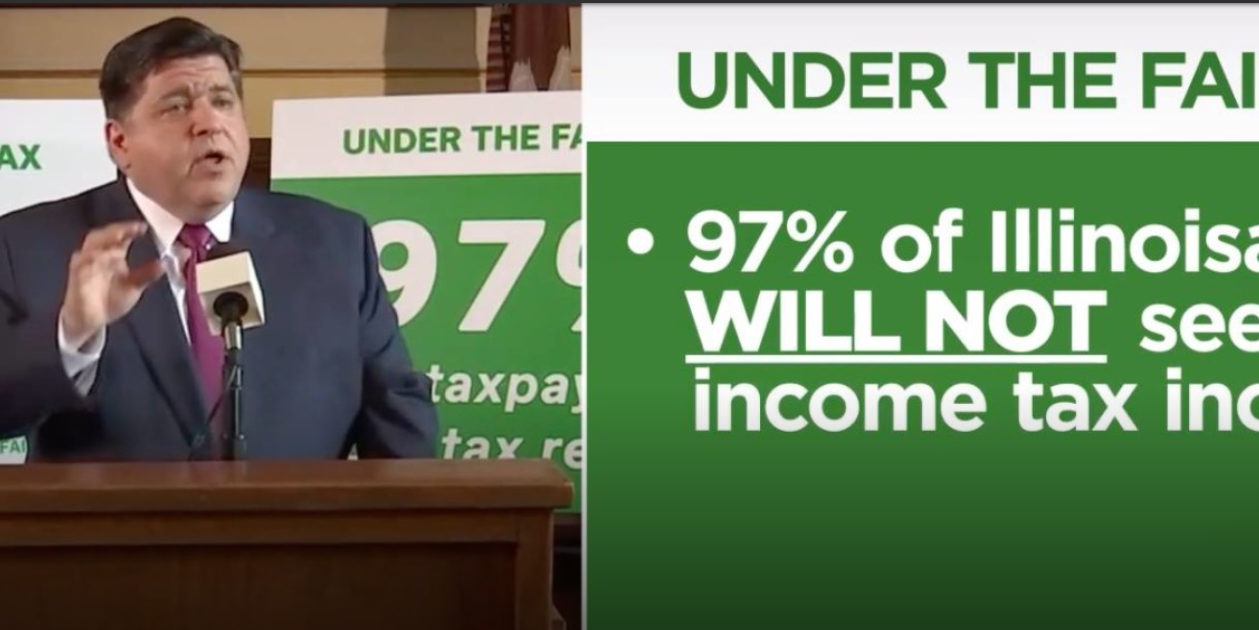 On Monday, the Illinois House of Representatives voted to amend the Illinois Constitution by adding progressive income tax language. The amendment passed 73-44-1 on party lines. It will now end up on the ballot next year for all Illinoisans to vote on.

Politico Illinois described the House vote as "Pritzker's big win." The better way to describe it is "big trouble" for Illinois' middle class. But you wouldn't know that from what tax hike proponents say.

Gov. Pritzker went on record saying: "The commitment is to vote for rates that do in fact protect the middle class and those striving to get there." House Speaker Madigan echoed Pritzker: "Middle-class families bear too much of the burden under the current tax system, and a 'fair tax' will enable us to make the wealthy pay their fair share."

Their rhetoric about protecting the middle class falls short once you look at the math behind the tax. The reality is Pritzker and Madigan are going to come after middle-income residents. Here's why:

1. Amendment now, rates later. The vote for/against a constitutional amendment will only determine whether a progressive tax structure is allowed or not. The actual progressive tax rates will come later. Support for the amendment means entrusting politicians with what amounts to a blank check. Illinois politicians don’t deserve that trust. 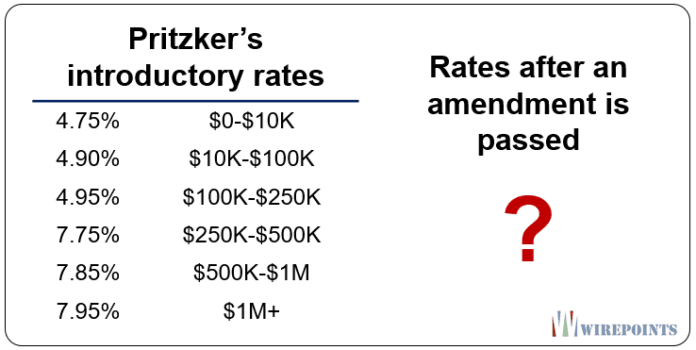 2. Taxing only the rich won’t work. There’s little incentive for wealthy residents to stay if they get stuck with a 60 percent increase in their income tax rates. The 20,000 Illinoisans who make $1 million-plus currently provide more than 16 percent of the state’s revenues. Only a few of the wealthiest have to leave to wreck Pritzker’s plans.

3. Pritzker’s “Fair Tax” isn’t a real plan. The governor’s low introductory rates raise just $3.4 billion in new revenue, only a fraction of the $10 billion-plus in new spending promises he’s made. It’s much like a cable company offering an “introductory” deal just to rope you in. And remember, Pritzker’s plan does nothing to fix Illinois’ structural problems, which means the state’s fiscal holes will only get bigger. 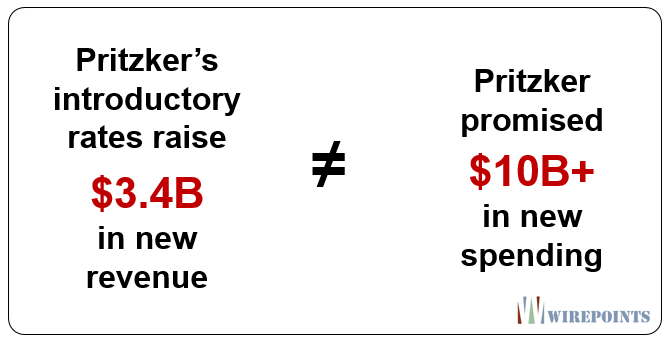 4. The middle class will be targeted. The governor will eventually need more money to fulfill his spending promises. But there are simply not enough wealthy people for Pritzker to tax. To get the funding he wants, Wirepoints calculated Pritzker will raise taxes on the middle class, starting on incomes of $50,000 and above.