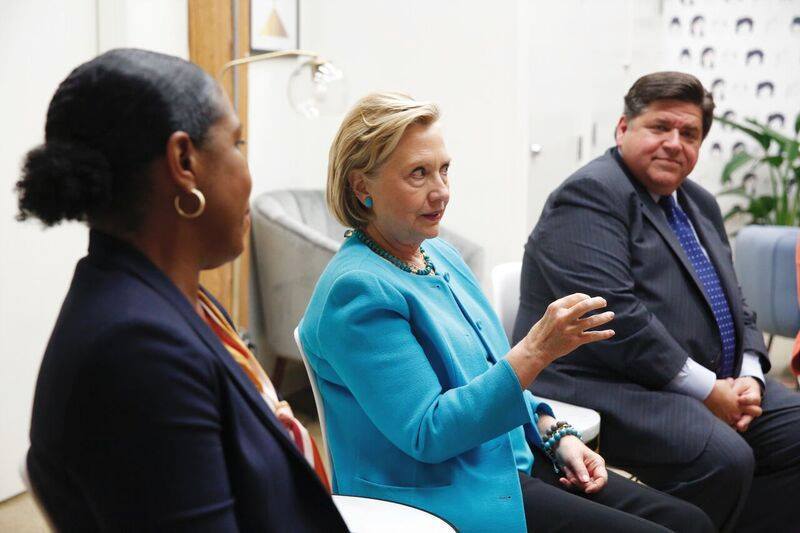 Local Democrat organizations have benefited from big money flowing from candidate for governor J.B. Pritzker who has invested $104 million of his personal wealth into election efforts this season.

Madison and Monroe county Democrat central committees each have received chunks of change from $2.6 million that JB for Governor has so far transferred to the Rock Island County Democratic Central Committee - headed by Douglas House who also serves as chair of the Illinois Democratic County Chairman's Association.

According to a July 20 piece in the Chicago Sun Times, House has coordinated an effort with Pritzker for the Rock Island committee to dole out funds in the form of grants to rebuild local parties, explaining that there are no limits on the amount of funds that can be transferred between county-level organizations.

But, the biggest winner to date happened in the run up to the primary election in March when the St. Clair County Democratic Central Committee scored $200,000 directly from JB for Governor. The committee appears to have spent the funds on payments ranging from $200 to $1,500 to precinct committeemen, who likely played an important role in Pritzker's strong showing in the primary.

The St. Clair County Democratic organization has so far raised more than $450,000 this year. Aside from what Pritzker contributed, most of the rest has come from local officials' political action committees, and trial lawyers.

County board chairman Mark Kern's committee has given $50,000 to the central committee this year; Kern also has personally contributed $5,000.

The $24,000 that Monroe County received from Rock Island accounts for 60 percent of what the committee has raised so far this year, in a county that leans Republican.

The piece in the Sun Times says that some of the money will be used for direct mail, local radio and cable TV, as well as for recruiting volunteers, establishing social media presence and get-out-the-vote programs.