The plaintiffs filed a motion for a trial date on Aug. 9 through attorney Steven Giacoletto of Giacoletto Law Firm in Collinsville. The hearing is scheduled for Sept. 11 at 9 a.m. “or soon thereafter.”

Plaintiff attorney Nelson Mitten of St. Louis filed the bid-rigging suit on behalf of a class of individuals who allege Bathon arranged for tax buyers to charge interest at the maximum legal limit of 18 percent at auctions of delinquent property taxes from 2005 to 2008. 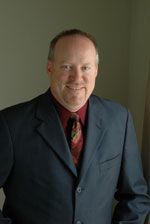 The plaintiffs allege Bathon conspired with each tax purchaser defendant to establish a “no trailing bid” policy, meaning the process required one-time, simultaneous bidding. Rather than allowing a series of bids, all bidders had to bid at once, with the auctioneer accepting the lowest bid that was heard.

The defendants allegedly then made an agreement with Bathon to bid the maximum of 18 percent in the simultaneous bidding.

They had been previously excused by the Fifth District Appellate Court on an appeal regarding class certification.

Since the plaintiffs’ third amended complaint had been filed, several defendants have filed motions for summary judgment.

The defendants have made various arguments in their motions, including allegations that the plaintiffs’ claims are barred by the statute of limitations and that several defendants were not involved in a conspiracy with respect to sales of delinquent property taxes in Madison County.

Kelly has not yet held a hearing on the summary judgment motions.

Want to get notified whenever we write about Giacoletto Law Firm ?

Sign-up Next time we write about Giacoletto Law Firm, we'll email you a link to the story. You may edit your settings or unsubscribe at any time.