Illinois stands alone in the Midwest, stubbornly clinging to the tired, arcane economic policies that are driving droves and droves of people out of the Land of Lincoln.

Illinois is losing people at an alarming rate and the trend does not seem to be slowing down. Just last March, the City Club of Chicago had a panel discussion on what is causing the exodus from Illinois. The issue is becoming a national story, garnering headlines on national cable news programs. 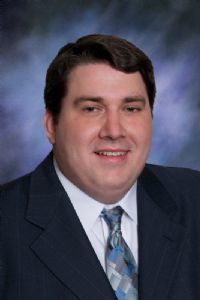 And yet, the legislative leaders in Springfield continue to ignore what is happening and are endorsing the very same policies that have caused the problems in the first place. Instead of taking steps to enact much needed reforms such as lawsuit reform and property tax reform, Illinois’ legislative leaders are doubling down on tax hikes, more business regulations and are slamming the door on any lawsuit reform initiatives.

A recent report from the American Economic Development Institute ranks Illinois the 49th worst state in the nation for doing business. Illinois’ ranking is just slightly above California.

Another report from Chief Executive Magazine, which was just released, ranks Illinois the third worst state in the country for doing business. According to the report, Indiana is ranked #5; Wisconsin is ranked #13; Iowa is ranked #14; Kentucky is ranked #25; and Missouri is ranked #30.

We should be more competitive with our neighbors, but sadly we are not. We continue to lag behind other states because our legislative leaders refuse to take even simple steps toward improving our economy.

Meanwhile, surrounding states are aggressively improving their economy with one business reform after another. Wisconsin Governor Scott Walker just signed into law a comprehensive lawsuit reform measure that Bill Smith, the president of the Wisconsin Civil Justice Council calls, “a major victory for small to large Wisconsin businesses.”

Gov. Walker has already signed numerous significant lawsuit reforms into law in recent years, but he is not content with Wisconsin being ranked the 13th in the nation for doing business. The Badger State is looking for ways to improve their business climate and Governor Walker understands that lawsuit reforms are a key ingredient to economic success.

According to a recent Harris Poll report on state liability systems, Wisconsin is already ranked #20 in the nation. The lawsuit reforms just signed into law will likely move those rankings even higher. Illinois, on the other hand, is ranked the third worst in the nation for legal fairness according to the report.

More than 85 percent of the business leaders surveyed by Harris Poll for the report said lawsuit climate is a “significant factor” in determining where to expand and grow. The reality is companies look to move to states where the legal climate is fair, which is why Illinois’ status as the third-worst state in the country for legal fairness is making it extremely difficult to attract new employers.

The definition of insanity is doing the same things over and over again and expecting a different result. Surrounding states have enacted various lawsuit reforms. We should not be all that surprised to learn that employers view those states as better places to do business than Illinois. It is time for the Legislature to enact meaningful lawsuit reforms in Illinois.

There is still time in this legislative session to get some reforms passed into law if there is the political will to do so. The time for lawsuit reform is now.