Madison County State’s Attorney Tom Gibbons filed a motion to stay all discovery in a case involving a Jan. 10 raid on Madison County offices until the court has determined if a conflict of interest exists.

“The plaintiffs should not be entitled to obtain discovery to potentially bolster a cause of action which does not exist or to attempt to substantiate that which is lacking in their original filing,” the motion filed Monday by assistant state’s attorney Jeffrey Ezra states.

“This request is not made to harass, embarrass or unduly delay this claim but to allow the court the opportunity to fully and property hear the arguments in the motion to strike or dismiss, and the plaintiff’s response(s) thereto, if any, before undertaking any movement on a mater which may be rendered moot or inappropriate,” the motion continues. 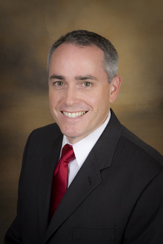 Gibbons previously argued in his March 12 motion to strike or dismiss that no conflict exists between him and officials whose offices were raided in January.

Gibbons now requests a stay of any and all discovery until after the court has had an opportunity to consider arguments regarding the propriety of the original filing.

Gibbons’ motion to strike is set for May 10 at 1:30, four months after the Madison County offices of Hulme, Dorman and the county’s former FOIA officer Cynthia Ellis were raided. Officials exercised eight search warrants, removing computers and other records. Prenzler’s office was not included in the raid.

Three weeks after the raid, Prenzler, Hulme and Dorman filed a motion for outside counsel, seeking an order finding a conflict of interest.

Their motion states that Gibbons could not “professionally represent any county officer or employee who is also subject to search warrants and a subpoena directed by the same State’s Attorney.”

Moorman wrote that the officials tried to communicate with Gibbons regarding the raid, but he had “refused to discuss the search warrantor the grand jury subpoena or provide any representation, advice, or counsel…”

Gibbons said in his motion to strike that the officials are mistaken for asserting that he applied for search warrants that allowed for the raid to take place.

“The State’s Attorney is neither a party to an application for search warrant nor the legal authority that granted or approved any warrant in this matter,” he wrote.

Gibbons states that a law enforcement officer applied for the raid warrants and a circuit court judge granted the application. He further states that neither he nor any of his assistants have sought indictment against Hulme, Dorman or Ellis, and that they are further mistaken in asserting that he initiated grand jury subpoenas.

“There is no actual controversy present; none of the movants have been charged,” Gibbons wrote.

In a press release issued after the raid, Gibbons’ office said it had received evidence of possible illegal conduct by unnamed county officials in the later months of 2017.

He called for the formation of a special investigative taskforce based on information provided through several sources and individuals. The task force is comprised of members of multiple state and local law enforcement agencies and has been formed to “investigate the allegations and determine the extent of any wrongdoing.”

Visiting Judge Jerry E. Crisel of the Second Judicial Circuit is presiding over the petition for outside counsel.